Margie A.S. Lehrman joined the firm in 2012. She mainly focuses on alcohol beverage licensing matters within the Washington, DC Metropolitan area. Margie has more than 20 years of legal experience and a strong interest and background in the areas of counseling, advocating, planning, and negotiating on behalf of clients.

Margie also serves as the Executive Director of the American Craft Spirits Association.

Ms. Lehrman takes pride in navigating a complicated mass of rules to make it easier for businesses to comply and succeed, more quickly and cost-effectively. She is primarily responsible for obtaining alcohol beverage licenses for wholesale and retail businesses in DC (ABRA and DCRA) and Virginia ABC).

Ms. Lehrman worked for 15 plus years for the American Association for Justice (AAJ), formerly the Association of Trial Lawyers of America (ATLA), a membership organization with then over 50,000 members. As its Chief Operating Officer, Margie provided leadership and strategic management to ensure that the organization had the proper operational controls, procedures and policies in place to effectively grow the organization while maintaining financial strength and operating efficiency. She reversed historic fiscal deficits, assisted in negotiating leases for new buildings, managed a staff of over 125 employees, revised HR policies to remain current and competitive, oversaw a print and electronic publishing arm, developed and administered operational budgets totaling over $43 million annually, and served as a liaison to governing boards and partnerships. Her vision improved the attendance at and overall value of two annual conventions each year, and she helped manage an outside technology team to reengineer the AAJ/ATLA website. Margie worked with a vast network of volunteers throughout the country to offer an award-winning program of continuing legal education. Margie served many roles while there, working her way up from Associate Dean of the National College of Advocacy to its Director, and was soon promoted to a Senior Vice-President before becoming its COO.

Margie also served as a Program Director for the Pound Civil Justice Institute Annual Judges Forum, creating and delivering content for a judicial legal program which attracted over 100 state court judges from across the United States.

Prior to her career with ATLA, Margie worked as an Associate Attorney with Kalijarvi, Chuzi, and Stetina, a boutique employment law firm in the District of Columbia. She handled matters primarily impacting employees, from age to Title VII discrimination claims, disability retirement agreements, settlements of wrongful terminations, and contract disputes. She also counseled businesses in employment matters, offering courses in the area of sexual harassment. Margie represented both private and public sector employees in all administrative and employment law matters before regulatory agencies and federal courts.

Margie received her J.D. from California Western School of Law in 1986 where she served on the Advocacy Honors Board. During law school, she was voted President of the Students’ Women’s Bar and the student American Bar Association representative to the 9th Circuit. Margie was a teacher’s assistant to Brigadier General John DeBarr, assisting him with civil litigation in the area of military justice. In addition, Margie clerked for Honorable Victor Bianchini in the El Cajon Superior Court, an experience that helped her to better understand the rules and legal principles that govern the proof of facts to earn her the American Jurisprudence Award in Evidence. She was also inducted into the Phi Alpha Delta Legal Fraternity.

Before attending law school, Margie worked for the Foreign Policy Association in New York City where she developed programs for community outreach in the interest area of United States foreign policy. She studied at Marymount College in Tarrytown, New York, where she graduated Magna Cum Laude in 1981 with a joint degree in International Service and Politics. There she earned the distinction of graduating with the Politics gold award and became a member of Delta Epsilon Sigma Honor Society. Margie’s love of travel and foreign countries began long ago. While an undergraduate student, she studied at the University of Paris:  Sorbonne and was an intern in the House of Lords, British Parliament, for the Chief Opposition Whip. In law school, Margie studied with the Institute of International and Comparative Law in the-then Soviet Union and Poland. Margie has visited each of the 50 states in America, especially loving those with beautiful wineries or distilleries.

Margie is admitted to practice law in the District of Columbia and New York State and before several courts, both federal and state. 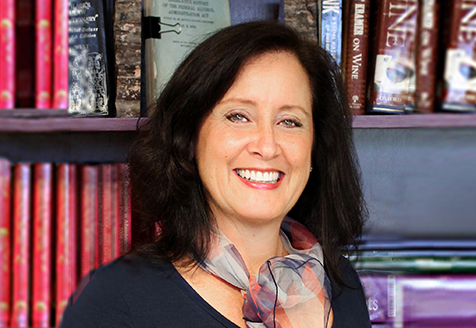