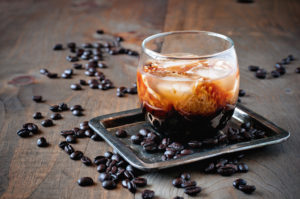 The proliferation of highly caffeinated “energy drinks” has been one of the hottest and most controversial beverage trends over the past few years. Alcohol beverage marketers have not ignored this new market, as caffeine has been added to a wide variety of alcohol beverages.

In September 2008, the Center for Science in the Public Interest (CSPI)filed a lawsuit in the District of Columbia Superior Court, seeking to enjoin MillerCoors from selling Sparks in the Washington, DC market. CSPI alleges that MillerCoors’ marketing practices are aimed at young consumers and that Sparks itself is dangerous, leading to “drunk driving, more injuries, and more sexual assaults.” CSPI goes so far as to claim Sparks is “poisonous” and unsafe (see page 10 of complaint). CSPI further contends that use of stimulating ingredients in alcohol beverages violates the Federal Food, Drug, and Cosmetic Act (FDCA).

The Tax and Trade Bureau (TTB) remains wary of this trend. TTB does not have an outright ban on health-related claims, but their standards may well be stricter than those found on non-alcohol-energy drinks. For instance, TTB does not allow the use of the term “energy” on labels or advertising. Thus, producers have been relegated to vague (or not so vague) insinuations via advertising and labeling to tout the stimulating effects of their products.

During the summer of 2007, TTB took action against those it felt had pushed the “energy” envelope too far. In July, TTB announced it had suspended operations of the McKenzie River Corporation, producers of the Sparks and Steel Reserve malt beverages, for seven days. Additionally, TTB accepted a $200,000 Offer-in-Compromise (OIC) from McKenzie. These penalties stemmed from McKenzie’s extensive print advertising touting energy/stimulating effects of their products, in violation of TTB’s restrictions on health related claims.

Besides TTB, other government agencies and officials are taking notice of the alcohol and caffeine trend. In a letter to TTB dated August 20, 2007, 30 attorneys general expressed concern that alcohol-energy drinks pose a serious health and safety risk to young consumers. The letter claims that these risks are ignored by producers of alcohol-energy drinks in advertising campaigns, which they believe tend to state or imply the energizing or stimulating effects of the products, in violation of TTB’s restrictions on health related claims. The letter singles out Sparks, Bud Extra, and Liquid Charge. To address these issues, the attorneys general asked TTB to heighten its review of all advertising material related to alcohol-energy drinks, and ensure that the formulation of these products comply with TTB regulations. Note that of the 30 attorneys general signatures, none appears from the largest beer producing states.

In early 2008, CSPI announced that it planned to file a lawsuit to enjoin Anheuser-Busch and MillerCoors from producing their popular Bud Extra, Tilt, and Sparks caffeinated malt beverages. The suit, aimed at products CSPI calls “alcospeeds”, seeks to prohibit these producers from combining alcohol with stimulants (such as caffeine, ginseng or guarana).

Bowing to pressure from CSPI and state attorneys general, Anheuser-Busch recently settled with 11 statesto remove stimulants from Tilt and Bud Extra formulations and to cease future production of caffeinated alcohol beverages. Despite the settlement, Anheuser-Busch asserts that both products comply with TTB regulations, regardless of stimulant content, and denies marketing the products to minors. A few months later, CSPI went after MillerCoors.

Although caffeinated malt beverages seem to receive the lion’s share of the press as compared to other caffeinated alcohol beverages, an increasing number of distillers are quietly adding stimulating ingredients to their products. Many of these featured a blend of caffeine with other exotic ingredients and flavors, including Van Gogh’s Double Espresso Double Caffeine Vodka and Everglo, a blend of tequila, vodka and citrus flavors. P.I.N.K. recently expanded their line of caffeinated alcohol beverages beyond vodka to include caffeinated gin, rum, whiskey, tequila, and sake.

In the coming months, watch for this trend to continue to press the boundaries as to alcohol beverage marketing and labeling.