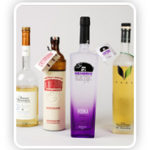 I. INTRODUCTION AND COLAS GENERALLY

On September 13, 1995 ATF issued proposed regulations designed to give ATF clear authority to revoke COLAs issued in error. As of October 1998, ATF still had not finalized these rules.

ATF has issued hundreds of thousands of certificates of label approval (“COLAs”) over the past several decades. COLAs are required for almost all malt beverages (imported and domestic), almost all distilled spirits and most wines. Generally, they do not expire.

Well over a million COLAs have been issued in the past several decades and most of them are still valid. Each year ATF reviews another 60,000 COLA applications. 60 Fed. Reg. 47506 (1995).

Because of the large number of approved labels, it is inevitable that every now and then ATF will regret its approval of a label. In the proposal, ATF confirms that “There is no doubt that errors will occasionally occur in the approval process.” Id.

The Black Death case, Cabo Distributing Co., Inc. v. Brady, 821 F. Supp. 601 (N.D. Cal. 1992), prompted the issuance of the proposed regulations and is one of the best examples of a regrettable COLA.

In 1989 Cabo acquired the rights to import Black Death Vodka and ATF promptly approved the labels. Together with the brand name, the front label has a large picture of a human skull. The skull sports a large black top hat and a broad smile.

Cabo spent over a million dollars marketing the product over the next 3 years. For example, Cabo hired a prominent rock star to promote the vodka. Cabo also packaged some of the vodka bottles within miniature coffins.

The U.S. Surgeon General was not amused; in early 1992 she appeared on the “Today” show to complain about the product. She said the product encouraged alcohol abuse on the part of young people. Within just a few days thereafter, ATF sent Cabo a letter and gave Cabo 10 days to stop selling the vodka.

The letter said the Black Death labels violate ATF regulations because they mock the very real risks associated with alcohol consumption. Though this may have been true, it was unfortunate for ATF that the laws and regulations do not cover “mocking.” ATF also claimed that the labels are misleading because they suggest that the product is poisonous.

During the next several months Cabo and ATF negotiated about changing the name to Black Hat. As Cabo moved toward agreeing to these changes, sales suddenly surged, due in part to the controversy. Cabo decided to stick with the original brand name and indeed decided to expand to a Black Death Tequila which would feature a smiling skull wearing a sombrero.

ATF attempted to revoke the COLAs in June of 1992 by issuing a letter stating that all Black Death COLAs had been canceled. A few weeks later Cabo asked the U.S. District Court in San Francisco to enjoin ATF from revoking the vodka approvals. A few weeks after that, Cabo asked for summary judgment in its favor.

In granting the injunction and in granting summary judgment in Cabo’s favor, Judge Jensen concluded that issuance of a COLA creates a property interest and that the COLA should therefore be protected by the Fifth Amendment’s Due Process Clause.

Although ATF could not have been happy with Judge Jensen’s decision, ATF did not appeal. The attorney for Cabo has said he believes ATF did not appeal because the decision was well reasoned. It was also based on a wide variety of independent grounds (e.g., due process, First Amendment, arbitrary and capricious, lack of authority) and ATF would face the daunting challenge of prevailing on all of these grounds.

IV. WHERE IS BLACK DEATH TODAY?

Cabo is still in business but it no longer sells Black Death.

ATF has approved 22 different Black Death labels in the past six years, since the Cabo decision. These cover a wide variety of types, including Rum, Gin, Tequila and Whiskey. The current U.S. Importer is Nations Beverage of Orinda, California.

Ironically, after all of the intervention by various levels of the federal government, the matter was most directly decided by others. At about the time of the Cabo decision, most wholesalers decided to stop carrying these products.

V. DOES ATF HAVE AUTHORITY?

Judge Jensen stopped just short of saying ATF has no authority to revoke COLAs. He said ATF has no express authority and it is clear that the FAA Act says nothing about revocations. But when Judge Jensen states that ATF may not revoke without statutory or regulatory authority, he seems to confirm that ATF may revoke COLAs if it has the proper regulatory foundation. ATF is trying to put this foundation in place.

ATF quite apparently believes that it has statutory authority to revoke because it issued proposed regulations on this topic in 1995. The proposal is entitled “Procedures for the Issuance, Denial and Revocation of COLAs.” 60 Fed. Reg. 47506 (1995).

VII. WHAT DOES THE PROPOSAL PROVIDE?

Rejections are issued by the label reviewer. If the applicant disagrees with a rejection, the applicant has only 45 days to appeal, to the Chief of the Labeling Section. Throughout the appeal process, all arguments, evidence and even requests for meetings must be submitted in writing. This differs from the current practice by being more formalized, imposing time limits, and by allowing no appeal past the Chief of the Labeling Section.

When the Chief, Product Compliance Branch (hereinafter “PCB”), determines that a COLA is not in compliance with the laws or regulations, he or she shall issue a notice of proposed revocation. The certificate holder then has 45 days to respond, and the Chief, PCB must respond to any such letter by withdrawing the proposed revocation or explaining the basis for the revocation. The Certificate holder has 45 days to appeal any adverse decision, to the Chief of the Alcohol and Tobacco Programs Division, and his/her decision will be ATF’s final decision.

The proposed regulations require at least a 45 day use-up (except those revoked by operation of law). The use-up may be far longer and its scope is committed entirely to the discretion of the deciding official. This differs from the current practice by being more formalized, imposing time limits on the certificate holder but not on ATF, by allowing no appeal past the Chief, Alcohol and Tobacco Programs Division, by providing a 45-day minimum use-up period, and by requiring revocations in some instances.

ATF can also revoke COLAs by operation of law. For example, if Congress changes the Government Warning Statement but ATF does not allow the revision without filing a new COLA. The appeal procedure is similar, though slightly abbreviated.

The proposal generated about 20 comments. Most of them were supportive. My own comments are followed by highlights from the comments submitted by others.

It has been more than three years since ATF published the proposal and more than two years since the comment period closed, but still no final rule has been published. Why? It could be because of uncertainty about the strength of the Bureau’s position. It could also be due to difficulties raised by the comments. In any case, in recent months ATF has frequently said that the final rules will be published in the near future.

ATF has sought to revoke very few COLAs in the past several years, since the Black Death decision and the proposal. This could be because ATF intends to use the power very sparingly, or, ATF may be waiting until the regulations have been finalized. The absence of final rules did not prevent ATF from seeking to revoke the COLAs in the case of the other than standard wine labels bearing prominent varietal claims (i.e., the “Chardonnay with Natural Flavors” labels discussed on page 1, above).

There is no clear evidence that any lack of authority (during the interim period after the Cabo decision but before issuance of final rules) has caused ATF to slow its approval of new labels. But it is to be hoped that if and when ATF gains clear authority to revoke the most inappropriate approvals, it will by contrast allow ATF to substantially speed up its approval of most labels.

X. CAN THE REGULATIONS SURVIVE A CHALLENGE?

The proposed revocation procedure is not altogether different from that offered to Cabo six years ago. The similarities are as follows:

Despite these similarities there are two important differences that point to the possibility of a different outcome if and when a COLA revocation is next challenged:

By early 2002, ATF had formally revoked few if any labels. Nevertheless, these contentious issues are bound to arise again.