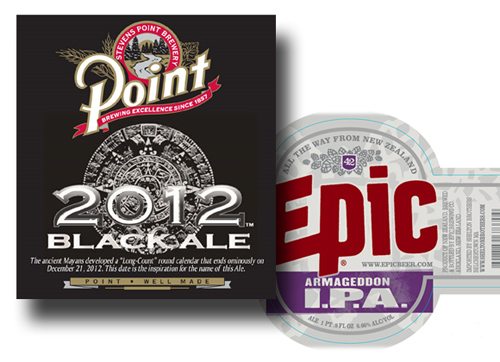 Sometimes, just one letter can make a big difference. As with TEQUIZA versus TEQUILA. One is beer and the other is quite different. TTB/ATF first allowed this brand name in 1997, for a malt beverage with natural flavors. A 1999 approval is shown above on the left, and the most recent approval is on the right above. Just a few months after the the 2008 approval, Anheuser-Busch apparently killed Tequiza in favor of Bud Light Lime. At this point, it’s gone almost without a trace, like Champale, Zima and other fading memories. A lot of the branding stayed the same over the course of twelve years and 29 label approvals. But the legal description got trimmed considerably, during that time, to remove all references to the “NATURAL FLAVOR OF MEXICAN TEQUILA.” This part apparently went too far for the Tequila industry, or TTB, to accept, even if the brand name and agave references did not. By way of another example, from the movies, Little Fockers probably would not be PG-13 if spelled with a u. 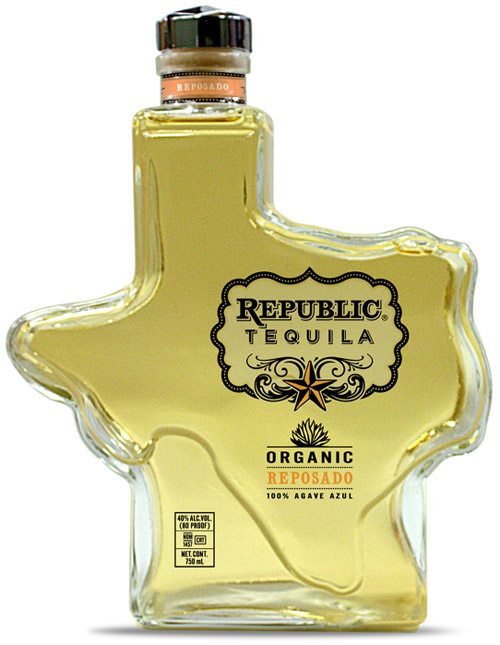 Well it’s not exactly the Elvis-type decanter so popular in the age of Mad Men, but here is a bottle that more or less breaks the conventional mold. Republic Tequila is imported by Momentum Brands, of Austin, Texas. The Jim Beam Club site has a good collection of, well, collectible decanters, and we wonder if Republic is sufficient to make the cut.

This is an example of a “distinctive container” (as at item 18(c) of the approval) and helps explain why the familiar COLA form happens to mention bottle approval (and not just label approval) in the name of the form. Thanks to a friendly person in Texas for sending this photo. 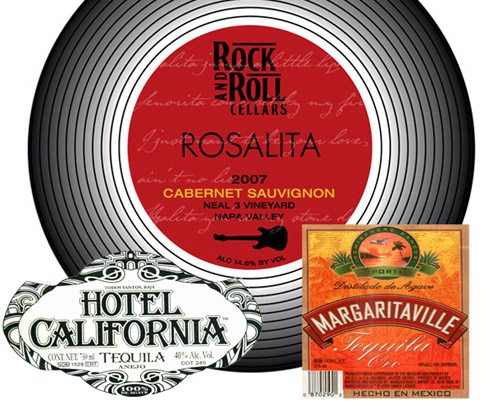 The last post covered some of the most famous singers ever to appear on alcohol beverage labels. Today, we go off in search of the most famous songs to appear on such labels. Not the most famous songs about booze; that’s a big topic for another day. There are so many labels paying tribute to so many songs. I am sure the astute reader can find examples more famous than those above, but these three are mighty famous, and appear on this list of the greatest rock songs. Rosalita is red wine produced and bottled by Aspect Wines of San Francisco, California. It pays tribute to the Bruce Springsteen song. Hotel California is Tequila imported by Sipping Spirits of Glastonbury, Connecticut. It pays tribute to the Eagles song. It has no overt reference to Tequila but Henley, Frey and Felder apparently did not read CFR Title 27 carefully; they wantonly mingle wine and spirits, singing:

So I called up the captain, “Please bring me my wine” He said, “We haven’t had that spirit here since 1969”

And Margaritaville of course pays tribute to the famous Jimmy Buffett song. The song is pretty much drenched in Tequila and Buffett still owns the rights to this name. 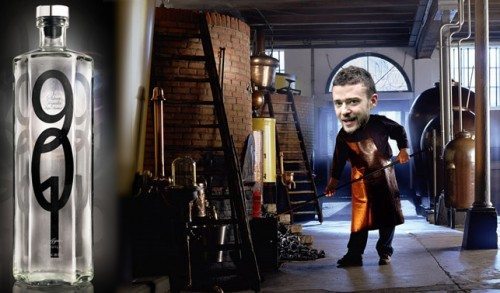