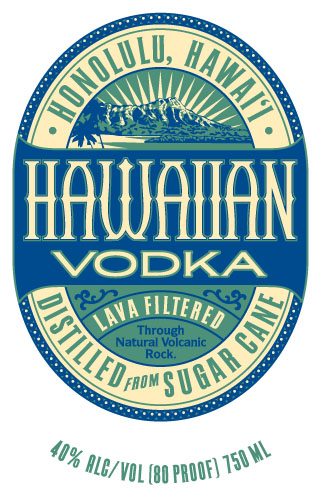 I bet more than 95% of vodka (consumed in the US) is distilled from grain. After all, the big ones like Stolichnaya, Absolut, Smirnoff, and Grey Goose all seem to be distilled from grain. Here is a notable exception, however. This vodka, made by Island Distillers, of Honolulu, Hawaii, is distilled from sugar cane. Another exception, cutting against the grain, is Glacier vodka, distilled from potatoes.
Does the commodity matter much? After all, vodka is supposed to be “neutral.” The rule says: “‘Vodka’ is neutral spirits so distilled, or so treated after distillation with charcoal or other materials, as to be without distinctive character, aroma, taste, or color.”
It is amazing that the regulations insist upon fastidious disclosure as to the commodity from which distilled when it’s not clear that it has any impact on the taste or quality. Possibly, it’s crucial to put it on the label because it’s not otherwise discernible. In any event, there is probably no doubt that it costs many times more to make neutral spirits from cane, potatoes or just about anything else compared to a tanker full of grain neutral spirits.