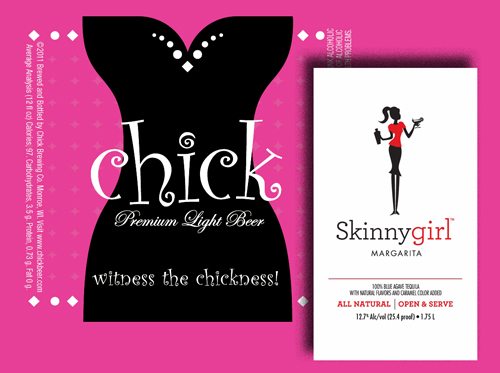 Here is a lot of chickness. Witness it. Chick light beer is brewed and bottled by Minhas Craft Brewery of Monroe, Wisconsin. The website explains that Chick Beer is:  “The beer for women.  A premium light American lager, Chick is the only beer brand designed for women, who drink 25% of all beer sold in the U.S.”

Over on the right is Skinnygirl which of course is Tequila with natural flavors. Forbes says Beam paid Bethenny Frankel an “eyebrow-singeing $100 million” for the brand a few months ago:

That deal, which features a multi-year payout along with sales from her ever-expanding line of Skinnygirl products, bolstered Frankel’s bank account by an estimated $55 million in the past 12 months, according to sources close to Frankel (she won’t comment on the numbers); TV, we figure, earned her a mere $700,000.

The Chick has about 97 calories per 12 ounces of beer, according to the label. And the Skinnygirl has about the same number of calories, per 4 ounces. Neither appears to have any fat. 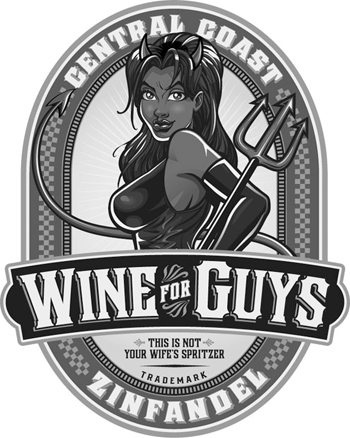 At first I thought it was beer, even though WINE is big and repeated several times. It is for guys. It is not for your wife. It features a “sexy devil girl on the label.” I would not have wanted to bet on whether it would be a huge success, or a huge flop, but I am astonished that there is no trace of it whatsoever on Google, more than four months after approval. Maybe the focus groups showed that it is not for men after all. Wine for Guys is/was made by Clos La Chance Wines, Inc. of San Martin, California.

Tags: narrowed demographic, speaks for itself 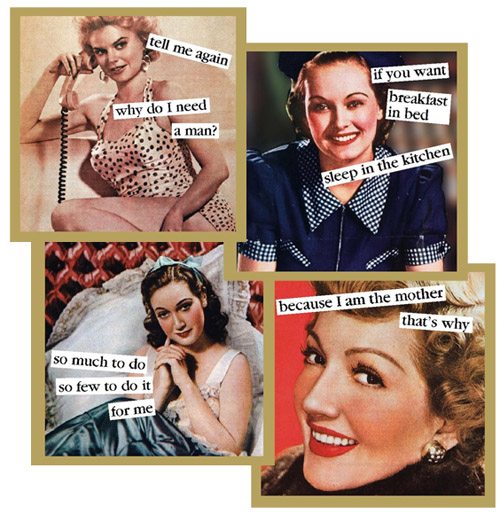 This is post number three in a series of three, about Sorelli’s amusing wine labels, showing women in various states of dismay and under-appreciation. Click below for the full label: 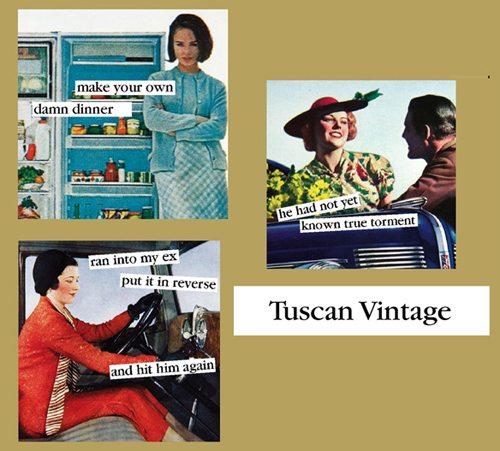 Here are three more Sorelli labels. This time, the lady is getting annoyed. A few days ago we showed the first four Sorelli labels in this series, and in the next post we will finish up with a few more. Click below for the full label:

These made me laugh. Sorelli is a series of about a dozen Tuscan wines imported by Monsieur Touton Selection of New York, New York. Almost every one in the series is funny and well-executed. The main images from the first four labels are above and we will show most of the others during the next week. Click below for the full label: let the games begin END_OF_DOCUMENT_TOKEN_TO_BE_REPLACED END_OF_DOCUMENT_TOKEN_TO_BE_REPLACED
Filed Under: 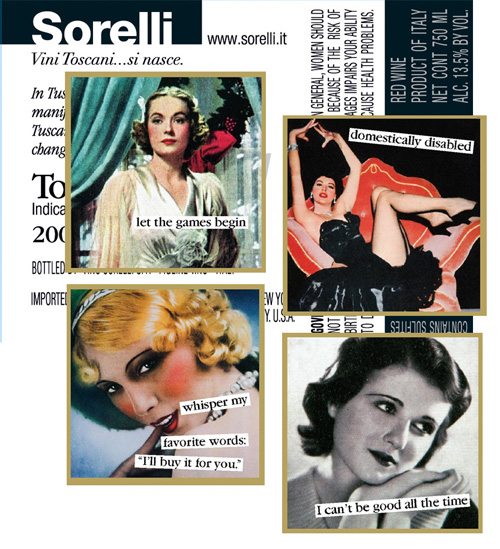 These made me laugh. Sorelli is a series of about a dozen Tuscan wines imported by Monsieur Touton Selection of New York, New York. Almost every one in the series is funny and well-executed. The main images from the first four labels are above and we will show most of the others during the next week. Click below for the full label: 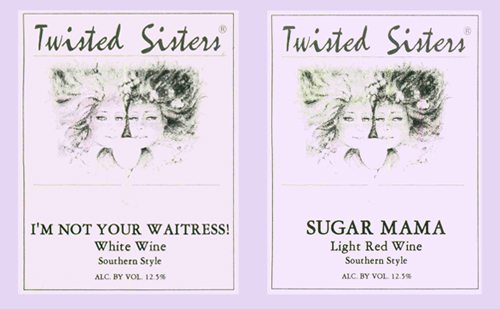 We’ve probably posted a fair number of sexist labels. To help balance things out, here we have a bunch of feminist wine labels. I’m Not Your Waitress is one in a series of wines made and bottled by Lac Belle Amie of Elizabethtown, North Carolina. Bitchin’ Babes is another. And for the man who has everything, there is Sugar Mama red wine. This helpful website (“Cougars and Young Men Dating Club”) opens the door so you too can find a sugar momma (if it’s for real). (At this writing, sugarmommameet.com was unavailable, so the link shows a cached page.)