Our Craft Boom Echoes all the way to France and Sweden
by Robert C. Lehrman on November 22, 2014 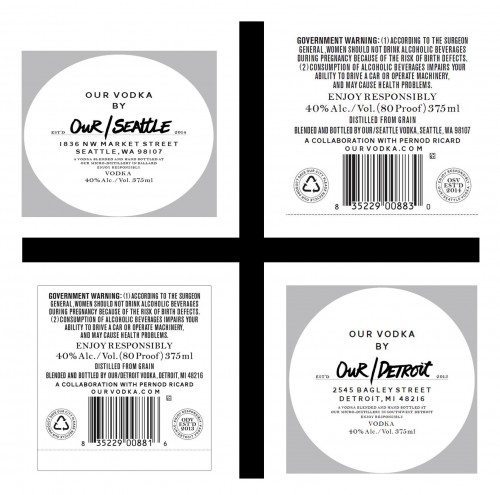 Pernod Ricard is the corporation that owns Absolut, as well as Chivas Regal, Jameson, Glenlivet, Malibu, Kahlua, Beefeater, and on and on and on. Its Our/[Insert City Here] local-lookalike marketing scheme was first rolled out in Berlin last year; it’s now been installed in,... 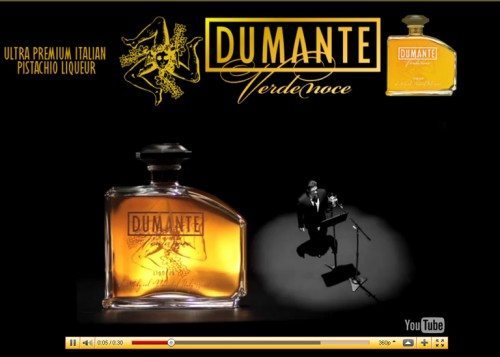 I have not spent a lot of time in Austin, Texas, but I like the slogan:  Keep Austin Weird. I am thinking about this today because, quite often, it occurs to me that the alcohol beverage industry, similarly, seems to draw more than its fair share of eccentrics. In my view, that’s a good thing and helps make it a fun place to spend a career. I am thinking about the distiller who lit his finger on fire in the office, to make sure we understand that his product is the real deal.  I am thinking about the client who owns a small island in the Caribbean, and once ditched his Rolls-Royce by the side of the road to sail around the world with a monkey. I am thinking about the Tequila importer who said 20 minutes was more than enough time to get across town, to our front section seats at Madison Square Garden, for Elton John’s 60th birthday concert.  (Little did I know that he’d park his big Mercedes at the adjacent curb and scurry up a back-alley entrance, midway through President Clinton’s introduction.)  I am also thinking about the beer executive who wore a green leisure suit, all day, on St. Patrick’s Day a while back. It would not be better, if... 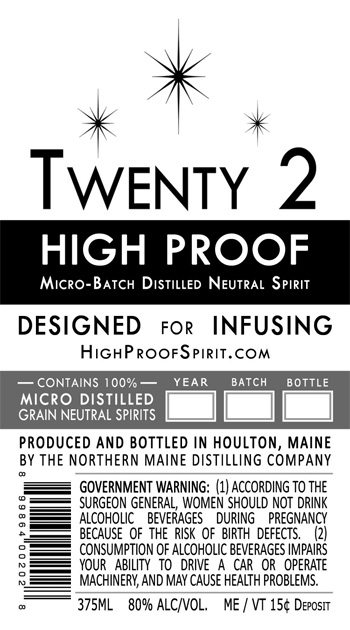 It’s clearly okay to go home, add some tomato juice to your vodka, and call it a bloody mary. And it’s almost certainly a bad idea to go home and fire up your small pot still, to make just a little spirits. Somewhere in the middle, we now have “High Proof Micro-Batch Distilled Neutral Spirit Designed for Infusing.” It comes in a 375 ml. bottle, at 160 proof. It is made by The Northern Maine Distilling Company, of Houlton, Maine. The first related approval seems to go back about one year. It mentions that the vodka is designed for “infusions, extractions, mixology, and culinary applications.” The information-packed website explains:

160 Proof?  Yikes!  Don’t freak over the proof!  The high concentration of alcohol makes Twenty 2 HPS perfect for infusing fruits, vegetables, meats, or dairy into vibrant liqueurs or flavored vodkas.  Think of the 160 Proof like a very sharp knife in your kitchen.  If you handle the knife with respect, it can perform amazing tasks.  Same with the High Proof Spirit.  It’s “sharp blade” creates infusions in hours, not weeks.

We think Northern’s COLA is interesting because we don’t know of too many other products designed for this manner of use. Also, the label underscores that TTB has no problem with... 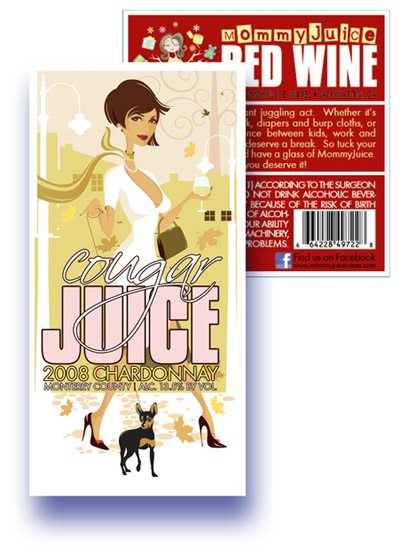 Clos Lachance has two fairly new wines. CougarJuice and MommyJuice. In the matter of lusty cougars, Peyton Imports was fairly early, with the Urban Cougar. Perhaps she is real, what with this site exhorting over a million members to:  “Join CougarLife.com and meet great young guys before they’re snatched up.” Foreshadowing that this theme may be over-ripe, or ripe for a trademark lawsuit, Cougar Juice Vodka slinked into the bar a few months ago. The MommyJuice label also happens to mention Facebook on the back label, prompting TTB to assert that “Information on Facebook and/or Twitter must be in compliance with all labeling and advertising regulations.”

The Dessertification of Beverages (aka The ChocoVine Sensation)
by Robert C. Lehrman on June 14, 2011 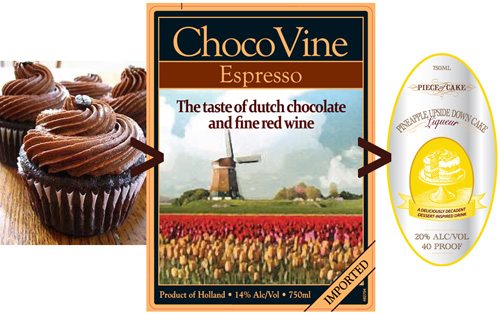 Congratulations to Clever Imports for propelling ChocoVine into one of the biggest trends across wine and spirits in recent years. The brand seems to be growing at well over 100% per year, and at about 1 million cases per year, may just be getting going, in view of the recent deal with The Wine Group. ChocoVine is wine with chocolate and cream; it is produced in Holland by DeKuyper. At first, many people spoke snidely of ChocoVine, suggesting that grape wine is not the best match with chocolate flavors. But, to a large extent, this condescension has been overshadowed by admiration, purchasing, and emulators. Chocolais is one example of a chocolate flavored wine that has hastened down the path cleared by Steve Katz at Clever. But there are well more than a handful of other, substantially similar examples, such as this one. TTB approved the first ChocoVine label in 2007. Three years later, TTB approved the first Chocolais label and the first Choco Noir label, both in November of 2010. A bit further afield from ChocoVine, hundreds of other examples continue to accrue, further showing tremendous momentum behind a trend toward the dessertification of beverages. Here we have Pineapple Upside Down Cake Liqueur, various alcohol infused whipped... 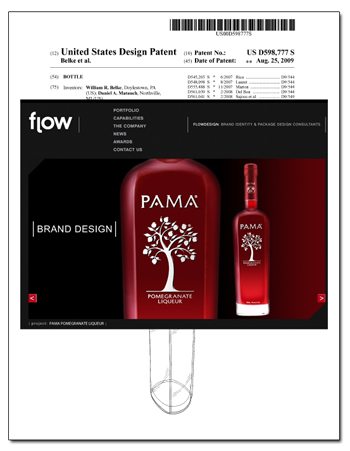 I got to talking with Dan Matauch the other day. He is a leading package designer in Michigan, at Flowdesign. I would have been impressed enough that he handled the design for Honest Tea. But he also handled Peet’s Tea, and Xango (aka Tiger Blood), and most of the designs really appeal to me. The list goes on and on, with Catdaddy Carolina Moonshine, Blue Ice Vodka, and the not-to-be-ignored Bawls and Stubb’s. I was fairly surprised to see that Dan worked on the package design for Pama Pomegranate Liqueur — and it had some kind of patent. The March 2010 press release says:

To differentiate its product, PAMA Spirits turned to the expertise of Flowdesign to develop a custom bottle that was both unique and could be patented. … Flowdesign is a unique branding firm where experience is infused in both brand graphics and structural design. Founded in 1997, Flowdesign has led the brand design field in custom structural design with 10 prestigious GPI (Glass Packaging Awards).