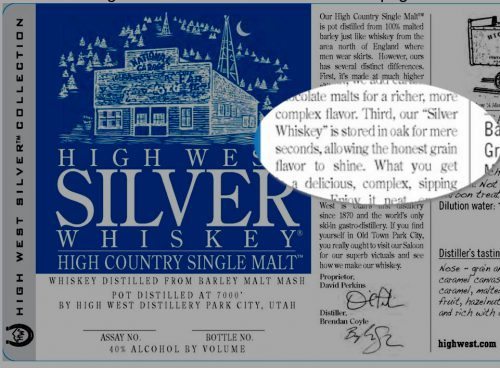 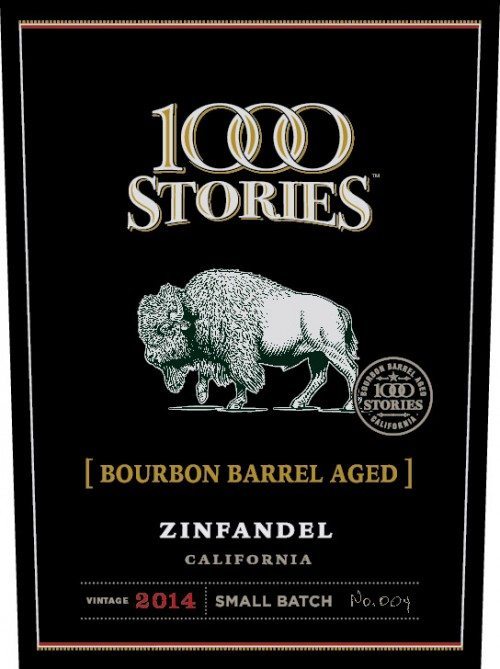 At USBevX a few days ago I heard lots of questions about various wines aged in Bourbon barrels. But I did not hear lots of answers so I thought I would take a look and see what’s going on. This Fetzer example, above, seems like a good place to start.

It tends to show that it is okay to mention Bourbon on a vintage- and varietal-designated wine. I am a little surprised I don’t see any reference to a formula approval, or to the amount of aging in said barrel. This Fetzer label is also noteworthy because it quickly drew the ire of the big Buffalo, as in Buffalo Trace; Sazerac charged at Fetzer for attempting to graze on land staked out long ago by the whiskey company. This really good article discusses the trademark dispute, about 1/3 of the way down the page.

I see about 64 wine labels with reference to Bourbon as approved by TTB during the past five years. Another representative one, from another big company, is this Robert Mondavi approval. I don’t really see any comparable labels, in the prior five year period. From these two examples, and a bit of asking around, it sounds like the reference to Bourbon should not appear on the same... 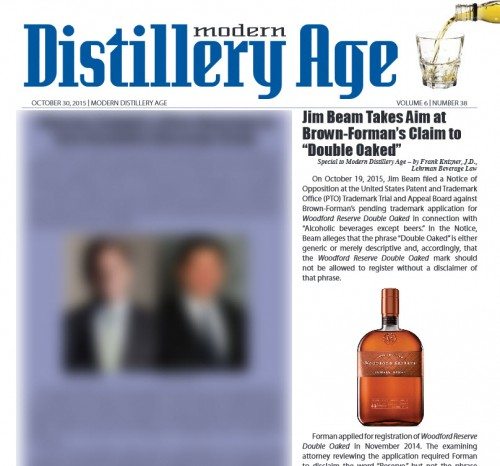 Specifically, Beam alleges that “Double Oaked” is a generic term “for the process of aging alcoholic beverages in a second oak barrel.” The phrase, Beam continues, is “incapable of distinguishing [Forman]’s alcoholic beverages from those produced and sold by others because its primary significance is to name a type... 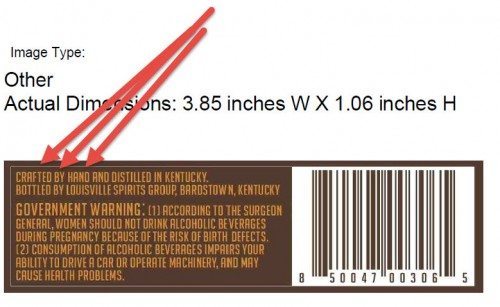 Those three little words, above (CRAFTED BY HAND), are causing a ruckus for Angel’s Envy Rye, in Judge Aspen’s court in Chicago.

In the great whiskey wars commencing in 2014, Maker’s Mark had a great day, here, in May. By contrast, Angel’s Envy had a much less propitious day early this week. A federal judge in Illinois dismissed a small part of the class action fraud case against Angel’s Envy, but let big parts go forward. My friends at the Locke Lord law firm, who recently and successfully wrapped up the similar case, against Templeton, explained:

The decision to allow the Angel’s Envy case to proceed past a motion to dismiss is consistent with similar decisions in the cases against Tito’s Handmade Vodka and WhistlePig Rye Whiskey, and signals that the courts are willing to consider consumer-fraud claims against spirits companies that supposedly sell unattributed mass-distilled products while holding themselves out to the market as smaller scale, craft brands. As a result of these rulings, the case will proceed into discovery, which has the potential to be lengthy and expensive.

In my view, the most interesting parts of the 17 page opinion and order are as follows.

1. The potential damages may exceed $5 million, as the brand but not...