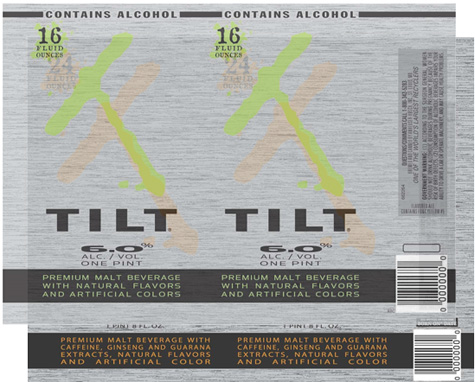 Here is the tale of two Tilts. One was approved in June of 2007, and the other was approved a bit over a year later. The lower, older (orange) one claims caffeine, ginseng and guarana as ingredients. The upper, newer (green) one claims none of these things. Why? Lyke 2 Drink and The Syracuse newspaper reports:

This change seems to be well under way.