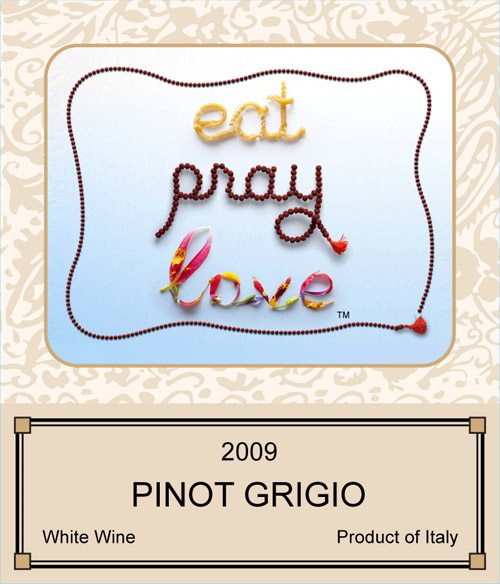 First it was a major book. Then “A Major Motion Picture.” Now, “Eat, Pray, Love” is an Italian wine coming to a store near you. If the wine sells, too, who knows what will be next. The Wii game? EPL analgesics? I also wonder to what extent the success of this franchise is due to the power of good design and font choices; this would just not be the same in Times New Roman.
These wines, referring to the Elizabeth Gilbert book, are imported by Chateau Diana of Healdsburg, California.