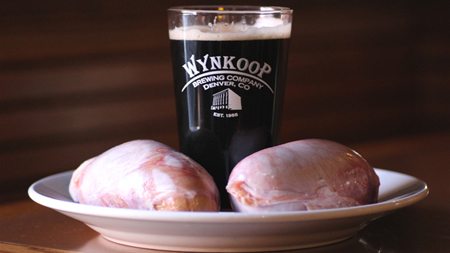 Not so long ago, beer with (actual) oysters seemed unusual. But Wynkoop’s beer goes quite a bit further. It contains no oysters. Instead it is brewed with bull testicles.
Denver Westword reports:

head brewer Andy Brown secured 25 pounds of Rocky Mountain oysters, a local delicacy, which the staff in the Wynkoop’s kitchen hand-sliced and then roasted.
“Initially, [TTB] wanted us to provide some information on bull testicles as a food additive,” Wynkoop spokesman Marty Jones says of the [TTB]. “I am not sure they were aware that bull testicles are an actual food and that they are a regional delicacy out west.”

TTB not only was concerned about Wynkoop’s “oysters,” but also about the manner in which they were described. For example, the term “oysters” should not be larger than “Rocky Mountain.” And it’s ok to describe the nutty, ballsy “notes” but best not to talk about their “flavors.” For many more examples of beverages made with — meat — see here.

Filed Under: flavored malt beverageTags: would you approve it?, would you drink it?