TTB published a beast of a proposal, in late 2018, to radically transform the labeling and advertising rules for most alcohol beverages. On April 2, 2020, TTB published a substantially scaled back version of this proposal, as a final rule. The final rule makes quite a few important changes. The below list attempts to highlight some of the most important changes and observations to the TTB modernization of Parts 4, 5 and 7. 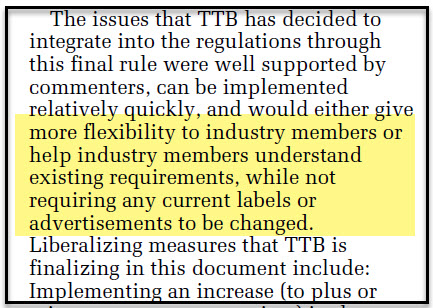 3. The rule changes should not require any label changes and are intended to liberalize or explain. 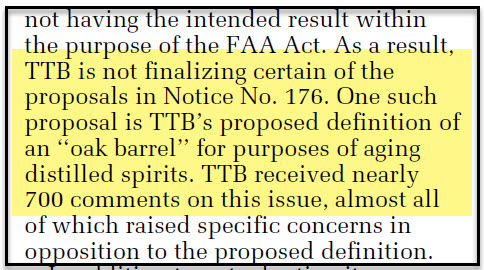 4. TTB is dropping the proposal to define an “oak barrel” as a “cylindrical oak drum of approximately 50 gallons capacity.” Almost 700 comments opposed this change, and most of them suggested this would stifle innovation and unduly add costs. 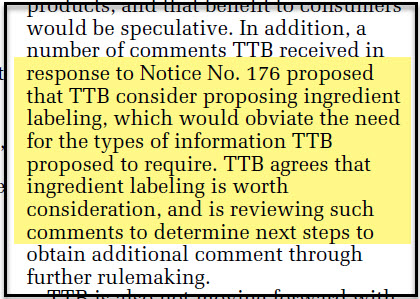 5. Rather than require more elaborate statements of composition on distilled spirits specialty products, TTB may go back to considering something like FDA-style ingredient labeling someday in a separate rulemaking. 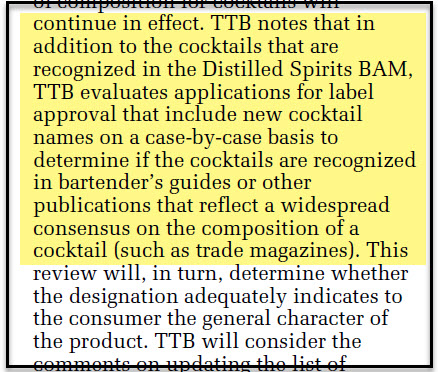 6. TTB is flexible about what spirits drinks should be recognized as cocktails. 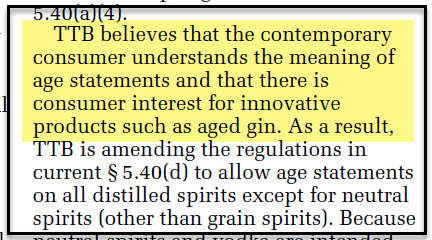 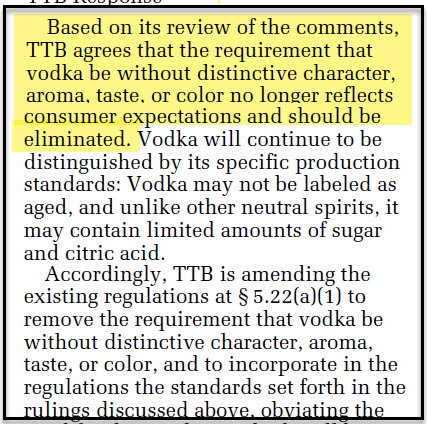 8. It’s no longer necessary to act like vodka does not have distinctive taste or aroma. 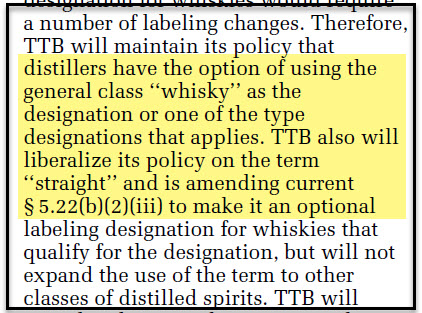 9. When a whiskey is “straight” or a specific type of whiskey (such as Bourbon Whiskey), it will not be necessary to so indicate.

10. TTB will drop the requirement to submit absinthe, and other products with wormwood, to the TTB Lab to verify a low thujone level. 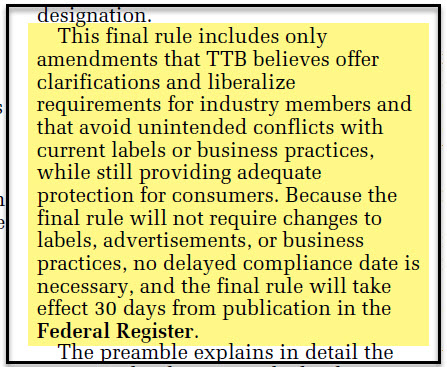 11. As mentioned near the beginning of this list, the final rule will not require changes to labels, ads, or business practices.

The Federal Register document runs to 23 pages and so there are lots of other liberalizations and clarifications. For example, on the beer front, TTB has decided to stop discouraging use of the term “draft” on most beer labels, saying the term should henceforth be treated as “marketing puffery.” Similary, TTB liberalized away the restrictions on strength claims for beer. So far it seems like TTB has done a good job of modernizing, liberalizing and avoiding massive controversies.