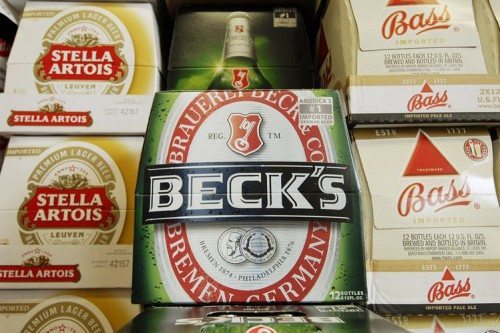 There are something like 25 pending lawsuits, about whether various alcohol beverage labels are misleading.

Right there, that should tell you there is not much safe harbor, even though every one of those labels was federally approved, pre-market. Most of the labels were approved many times over many years.

Of course, the first refuge of every defendant is to argue that heavens no, the label can’t possibly be misleading, because the mighty TTB examined and approved it, after all.

The very recent Beck’s settlement should put this trite notion to rest. Over and over TTB said yeah the Beck’s label is fine, even though it has a bunch of references to Germany and the brand’s history, and even though the beer has been made in the U.S. for many years now. The court approved the settlement on October 20, 2015.

In my opinion, the harbor should not be any safer than the review is rigorous. To the extent TTB carefully focused on the specific issue in controversy, and ruled on it, according to rigorous standards, that would be a different story. But, by contrast, a quick review and a shot from the hip should not a safe harbor make. I don’t mean to be too critical of TTB or A-B. The same parties can... 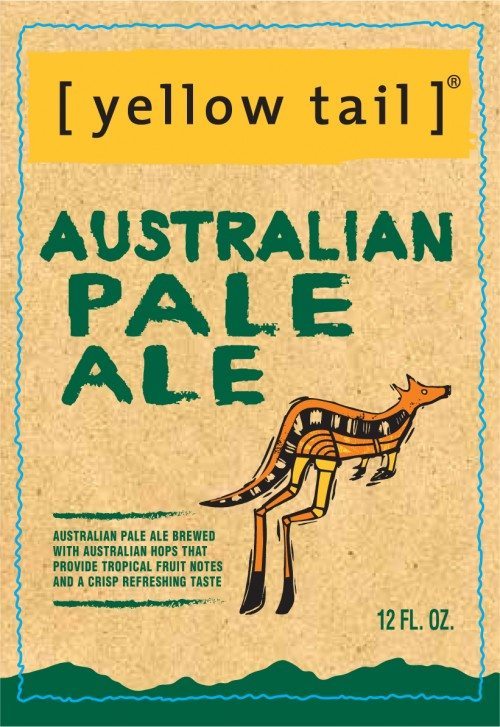 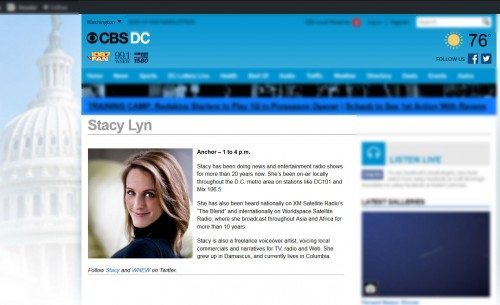 In past years Dan was talking about beer law in magazines, podcasts, CLEs, on forums, and on Twitter. Now he has moved on, to radio. He was on CBS radio earlier this week, with Stacy Lyn, regarding the dramatic rise of craft brewing. Listen to Dan Christopherson and Stacy in the sound clips below. In a few years it will be hard to believe, but Dan notes that (in recent generations) “there weren’t any production breweries in the DC area until … 2011.” 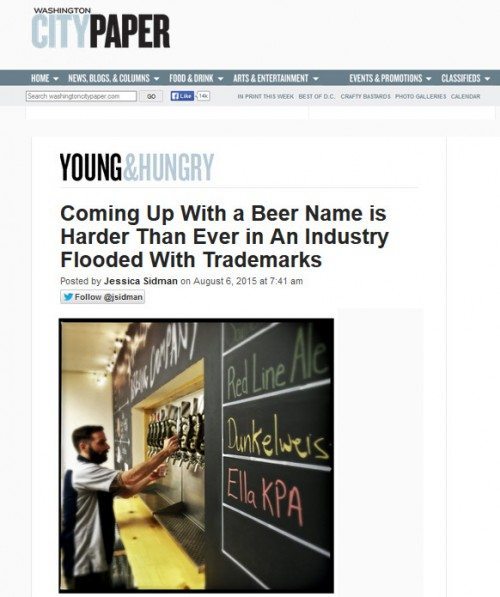 If you are looking for a great brand name for your new beer, it’s probably taken, as Dan Christopherson explains in today’s Washington City Paper.

The proliferation of breweries and the pressure for them to continuously turn out new styles of beers has created a trademark minefield for names. “Once you come up with an idea, then there’s just this fear that someone else beat you to it,” [Patrick] Mullane says. “Beer names are completely off the wall because there’s just so many of them out there.”

Most breweries will head to sites like ratebeer.com, beeradvocate.com, or Google to get an idea of whether something is already taken. Port City Brewing Company always goes the step further of having its lawyer look into potential names—although not every brewery does this. “You really have to have a more in-depth search that’s done by a professional, someone who knows what they’re doing as far as these trademark searches go,” founder Bill Butcher says. “It’s not something a layman can do an effective job at.”

In 1985, only 188 beer trademark applications were filed in the U.S. Last year, there were more than 4,600. And this year, the number is on track to surpass that, says beer attorney Dan Christopherson, who works for Lehrman Beverage Law in...

Beer with Lots of Protein – The Moderately Mighty Squirrel
by Robert C. Lehrman on July 8, 2015 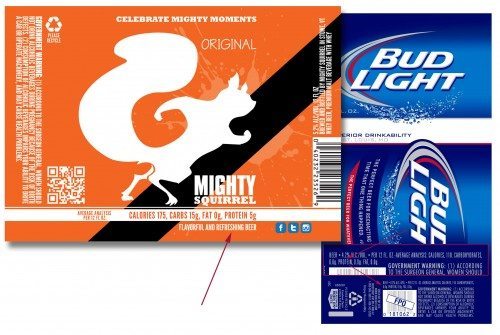 A couple times a year I hear about an alcohol beverage that is somehow, against all odds, “good for you.”

It happened again this week and so I eagerly rushed to the Public COLA Registry to see what was new. Lo and behold, I found the squirrel. A mighty one — or so it purports to be. The press release purported this new beer to have something like 10 times the protein compared to Bud Light.

The average analysis for Bud Light is above, to the right, and the one for Mighty Squirrel is to the left. The TTB-approved label shows the product to be a “Whey Beer.” Whey is apparently some sort of cheese protein and byproduct so I am turning this over to the cheese law blogger extraordinaire, for further elucidation.

There is no word yet, on how hard the Squirrel folks tried to push on this label. I don’t see any signs that they pushed particularly hard. For example, the rodent in question does not seem to have particularly impressive musculature (or even a tiny but visible rodent six pack). The whey, good-for-you-beer, and protein angles are not particularly new. Here is whey from way back. Here is protein from way back (in the form of Devotion, vodka with added casein).... 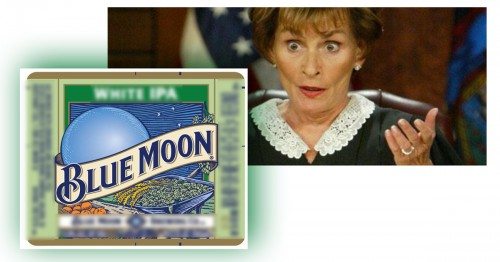