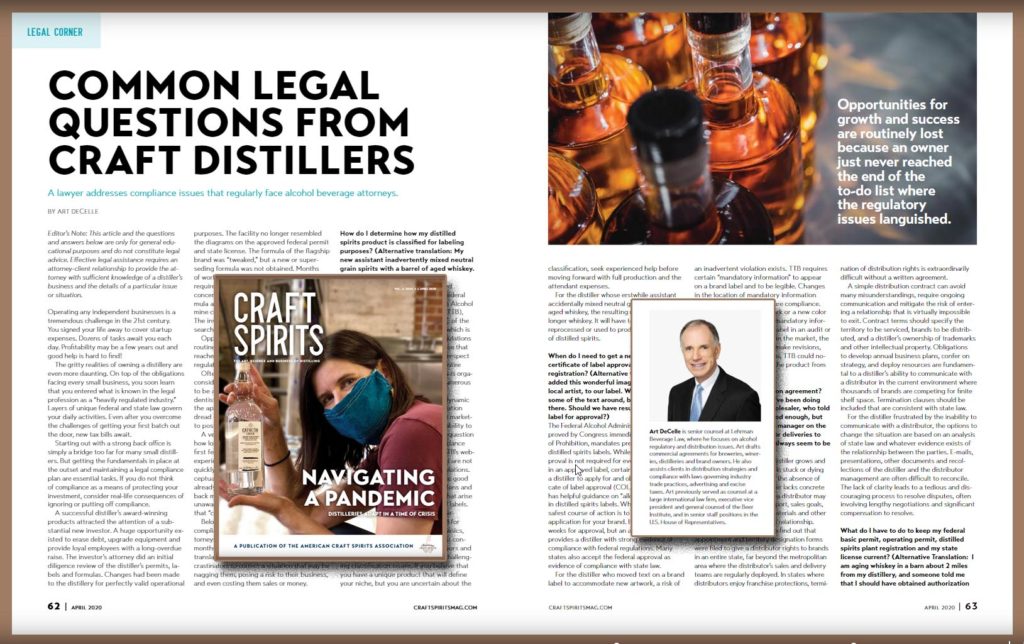 Make the best of your quarantine down-time and pick up the latest issue of Craft Spirits magazine. Therein you can read all about the most common legal questions that take craft distillers away from producing and marketing spirits. The above article appears in the April 2020 issue of ACSA’s new magazine, at page 62.