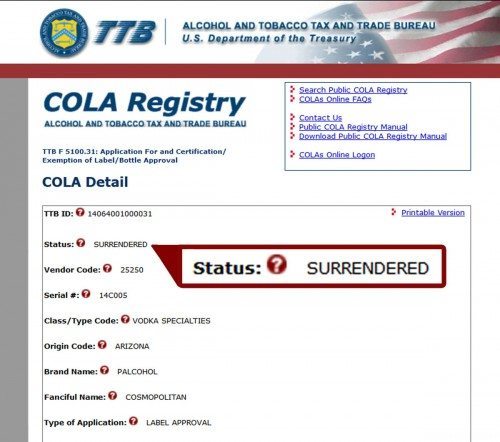 If you like booze and the law, it should be fun to watch this further.

* And in a fine moment for lawyers everywhere, let the record reflect that the Today Show crew said they left the Chris Brown hearing early to come talk to me about Palcohol.