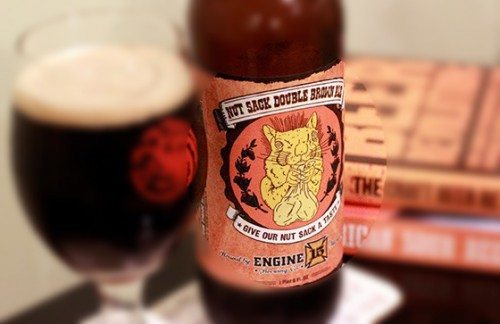 Given the mental images the term “Nut Sack” will likely raise, the weight of the dictionary entries suggests that using this indelicate term may well raise eyebrows at a formal dinner party. On the other hand, in seeking to apply the extremely broad “vulgarity” standard to a slang term, we think it wise to bear foremost in our minds the governing language of the statute (“immoral,” “scandalous”) … . We observe that many slang terms come into the lexicon because the formally correct, clinical word for the thing itself is deemed uncomfortably potent. This seems to be particularly true with respect to parts of the human body, in which case speakers adopt the slang terms precisely because they seem less intense, less indelicate, than the formally correct or technical terminology. Cases of alleged scandalous matter under Section 2(a) of the Lanham Act are rarely simple binary decisions, but involve various shades of grey. With this background, we find that some terms, such as “Nut Sack” appearing within “Nut Sack Double Brown Ale” may seem somewhat taboo in polite company, but are not so shocking or offensive as to be found scandalous within the meaning of the statute.

The TTAB summed up, saying the earlier decision is reversed, and:

We conclude that beer drinkers can cope with Applicant’s mark without suffering meaningful offense. Moreover, the consumer of this product who conjures up body parts or insults is nonetheless still likely to see the mark as an attempt at humor.

I’d better get Dan a t-shirt, at the very least, to commemorate his big victory. I hereby agree to buy up to two t-shirts for Dan, and one for the person who comes up with the best slogan, for the t-shirt and for this defender of the nut sack.

11/3/2015 Update:  many thanks to Doug Fairall, beer writer at the New Times Broward-Palm Beach, and TheBeerTaster.com, for letting us use the above photo from this article.