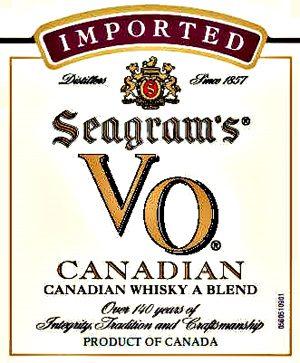 The Seagram name still carries a lot of weight, even though the company got obliterated about ten years ago. Wiki says The Seagram Company Ltd. (headquartered in Montreal, Canada) became “defunct” in 2000. Until then it was “the world’s largest producer and distributor of spirits and wines.”
The brands live on. TTB’s database shows more than 500 approvals, with the brand name “Seagram,” within the past three years. This excludes famous brands formerly owned by Seagram, such as Chivas, Crown Royal, Martell, Captain Morgan, etc.
The City of Waterloo’s history makes the point that “like so many success stories,” Joseph E. Seagram’s early success was “almost accidental.” Joseph was asked to look after an Ontario grain mill, back in 1864, while the owner traveled to Europe. The main business was grinding flour. Distilling was a side issue, to use up excess grain, but Seagram began buying out his colleagues and shifting production from flour to spirits. The Bronfman family acquired Joseph E. Seagram & Sons in 1928. In another “almost accidental” quirk of history, “Bronfman” means “liquor man” in Yiddish.
Here is a great song that happens to feature Seagram (in a not entirely flattering light). It is Uncle Lloyd by Darrell Scott. The pertinent lyrics explain: