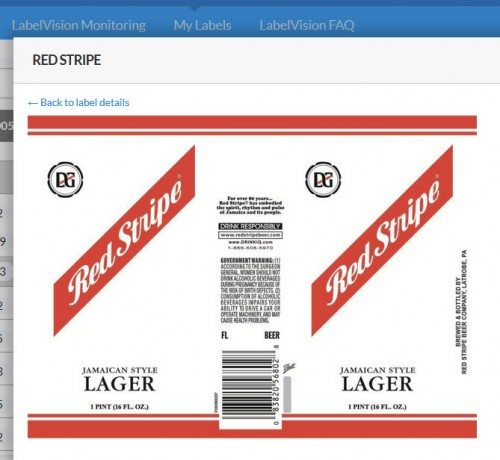 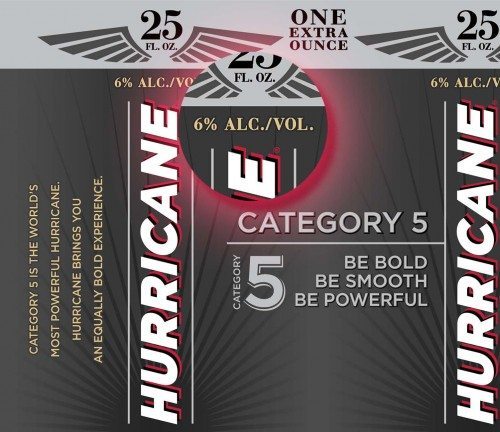 The federal regulation at issue, 27 CFR § 7.71(c)(1), provides in relevant part, “[f]or malt beverages containing 0.5 percent or more alcohol by volume, a tolerance of 0.3 percent will be permitted, either above or below the stated percentage of alcohol.” The plaintiffs argued that the regulation should only apply to accidental deviations, not to intentional overstatements of alcohol content. A-B countered that the regulation does not...

Foster’s then Guinness
by Robert C. Lehrman on December 18, 2015 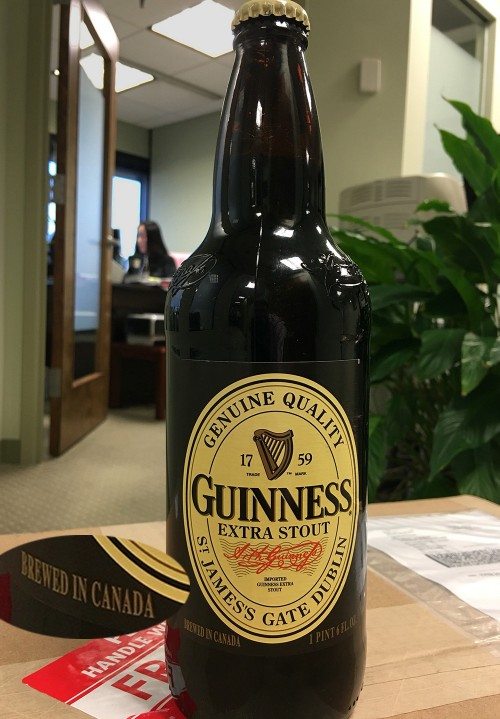 This, however, would seem to be an extra stout assertion, because new lawyer Frank and I walked over to a beer store today. The store had Guinness in various sizes and shapes, but all of the packaging seemed to show the origin clearly. Most clearly said brewed in Ireland; some (such as above) clearly said BREWED IN CANADA. We did not see any packages that made the origin hard to divine. Things may be different up in Massachusetts but nonetheless, this would seem to drastically limit the size of any class and any damages. With all the Guinness on display at the local store, clearly showing product of Ireland, and labels like this, we don’t... 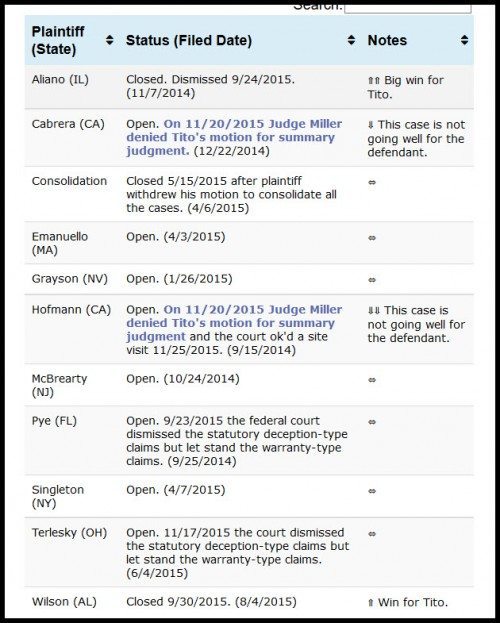 I don’t mean to keep harping on the Tito’s Vodka cases — but there sure are a lot of them — and they are important. Because there are so many, it is not easy to keep track of how it’s going, hence this handy Scorecard. Most of the cases are slowly grinding along, with no clear winner or loser (as shown with the ⇔ symbol). At one extreme, the Aliano case went especially well for Tito (⇑). At the other extreme is the Hofmann case (⇓). In late November Judge Miller allowed Hofmann, the first-filed case, to go forward, past the defendant’s motion for summary judgment. It got even worse, five days later, when the court gave the plaintiffs permission to go into the plant and see exactly how Tito’s Vodka is made, despite the company’s strong objections.

We reached out to Tito and his lead lawyer to make sure we are not missing anything important, and to ask a few questions, as follows. From early on, Tito said he knew it was going to be a long haul.

How’s it going? Business has continued to be good. The lawsuits have been a distraction. But our consumer base is growing, and they have been extremely loyal. They appreciate Tito’s Handmade Vodka for...

Judge Miller Not Too Impressed With TTB System or Tito Approvals
by Robert C. Lehrman on November 21, 2015 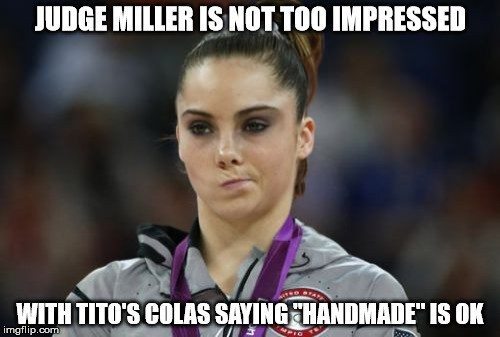 In hindsight, Judge Miller’s November 20th Orders seem obvious. If the claim meant little to nothing, why would Tito spend zillions of dollars to make sure everyone knows his vodka is “handmade”? Why else would it be the main word on the main label, and throughout his marketing? Why else would it work so well,...