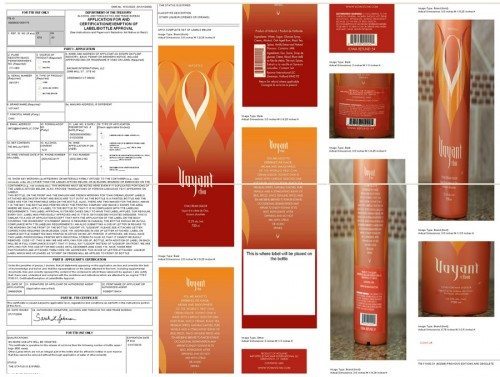 Here is Bacmar’s use-up approval for Voyant Liqueur. It almost single-handedly proves it is not a good idea to print labels prior to TTB label approval. It looks painful and seems to have consumed a good part of Mr. Back’s spring and summer, from the April 2009 date of application until approval in July of the same year. The approval in all its fullness and glory, is here.
In decades past, it was relatively easy to get “use-ups” (aka temporary approvals). But it seems to be getting harder and harder. In the 1990s it was a simple matter of asking, face to face. Now it can easily take more time, money and resources than the forlorn product is worth. The Voyant approval probably shows how hard it can be. On the other extreme, this Skyy approval tends to show how quickly it can go, and then Jumbie is somewhere in the middle.
TTB’s main use-up policy is here. We like to think we’ve helped many companies avoid a Back-breaking struggle with TTB. In some situations, though, it can be difficult to avoid.