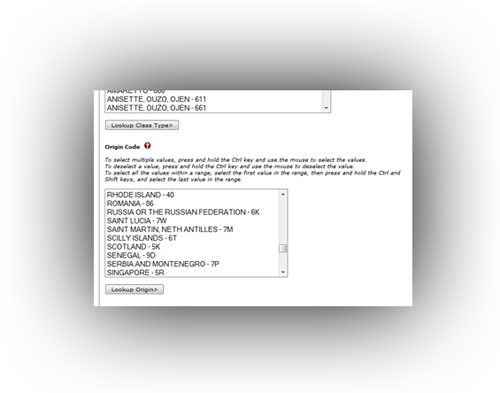 I can find plenty of alcohol beverages made in Romania, for example, from the above lookup at TTB’s website. But I can’t find anything from Saudi Arabia.
Oh yes, it’s easy to say that Saudi Arabia is a major, majority-Muslim country and so I should not expect to find a single drop of alcohol beverages flowing out from or in to that country. Wikipedia says no less than 100% of the population is Muslim.
On the other hand, Turkey has far more Muslims, at 99% of the population — and no less than 370 label approvals in the TTB database. A recent wine approval is here.
Indonesia has more Muslims than any other country and also has about 25 label approvals in the database. Here is Panther Beer.
Algeria has at least a few approvals. A wine example is here. Morocco has a few hundred approvals, with a recent wine example here. Egypt has a code, but I don’t see any approvals.
Rounding out the top 14 Muslim countries, the following countries (in addition to Saudi Arabia) do not even have a TTB lookup code:  Afghanistan, Bangladesh, Iran, Iraq, Malaysia, Pakistan, Sudan. Some of these countries are so strict that not even soy sauce or vanilla extract is tolerated.