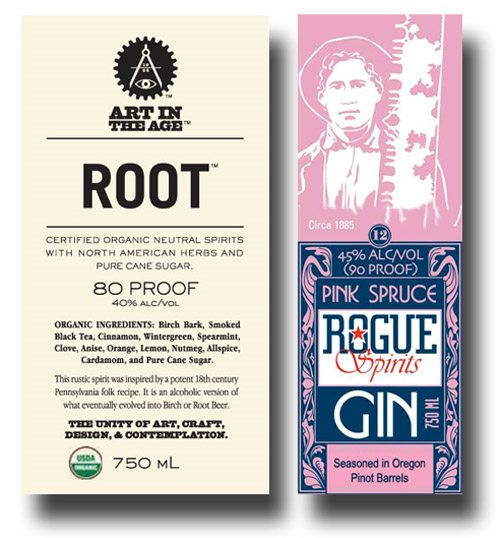 Here are two recent spirits products with an unusal and unusually large assembly of flavors. On the following list, the first 13 flavors are on the Root label, and the next 11 are on the Pink Spruce label.

The Pink Spruce Gin label also mentions that the product is made with “free range coastal water,” it is “Seasoned in Oregon Pinot Barrels,” and distilled from grain. The Root product strangely does not mention the commodity from which distilled and probably should. It was “inspired by a potent 18th century… recipe. … It is an alcoholic version of what eventually evolved into Birch or Root Beer.” There is almost no overlap in the list of flavors from one to the other.