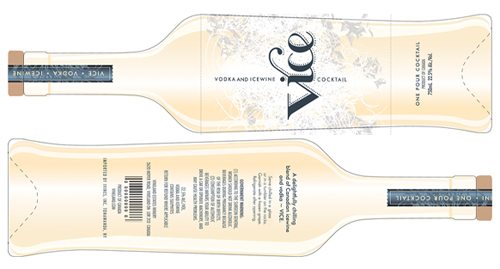 Here is a “delightfully chilling blend of Canadian icewine and vodka ~ VICE.” It is produced by Vineland Estates Winery, in Ontario, “one of Canada’s oldest and most renowned wineries.” The Vice website tends to suggest that Vineland would have liked to present this as a “martini,” but TTB can be protective of this term, and so it looks like Vineland settled for the term “cocktail” instead.
Speaking of vice, perhaps it’s time to sort out whether we are in the “vice” business or not. The Online Etymology Dictionary defines “vice” as “moral fault, wickedness.” The term dates back at least 700 years, to about 1300, from French. I can think of many things more wicked and fault-worthy than a 45 proof wine concoction, taxed and regulated out the wazoo. If this is vice, what is virtue? Here is a lawyer who scrupulously gravitates toward vice matters in his practice.