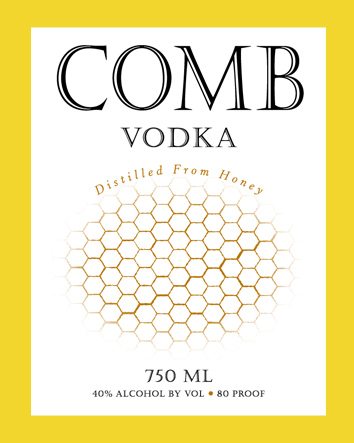 If ever there is a contest, between wine and spirits, I wonder which has been made from a greater variety of foodstuffs over the years. Here is a budding list of commodities from which wine is commonly or not so commonly fermented. Perhaps we will someday prepare a similar list of commodities from which spirits are commonly or not so commonly distilled. On such a list we’d have to include vodka made from milk. But that one is from the past, and so today to the list we add vodka distilled from honey. Comb is made by StillTheOne Distillery in Port Chester, New York. Comb is a rare brand that has a Facebook site but no other website.