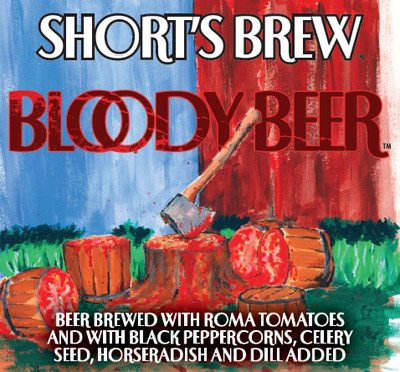 Well it’s all good stuff but is it good together? Here is Bloody Beer. The people at Short’s also provide plenty to write about, such as this gem. Bloody Beer is beer brewed with tomatoes, with added pepper, celery seed, horseradish and dill. From the description, it looks like the tomatoes are added during brewing but the rest is added after.

Filed Under: flavored malt beverageTags: ingredients, would you drink it?