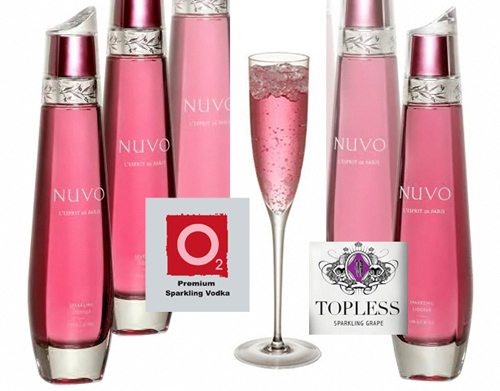 Sparkling wine has been around a long time. Drew Lambert says the English invented it back in the 1600s, before the French. Beer got its fizz around the same time.
It took another 400 years for spirits to acquire a fizz, and now sparkling spirits are here with a vengeance. Nuvo was early, first approved on December 11, 2006. It is a sparkling liqueur made with vodka, sparkling wine and fruit nectar, in France. Three days earlier, TTB approved O2 Sparkling Vodka. It’s currently made in England and imported by Admiral. Topless is a third example of this trend. It is vodka with natural flavors and CO2 added. Topless is made in Holland and imported by Drinks Americas of Wilton, Connecticut.