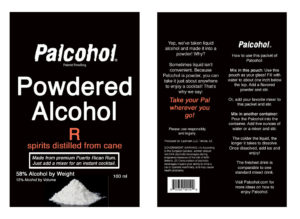 April 21, 2014, 5 pm ET, Update:  The Palcohol company has surrendered all seven label approvals back to TTB. Here is one of the labels as approved on April 8, 2014 and then the same label as “surrendered” April 21. The differing status is shown at the center of each document. TTB has not said much about the change of course. Palcohol has said:  “We have been in touch with the TTB and there seemed to be a discrepancy on our fill level, how much powder is in the bag. There was a mutual agreement for us to surrender the...