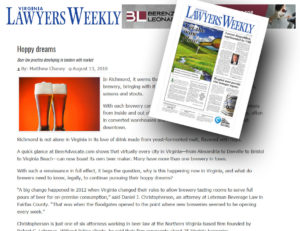 Dan in particular is very active in the Northern Virginia brewing scene. He helped form the Loudoun County Brewer’s Association and has served in an advisory role for the organization for many years.