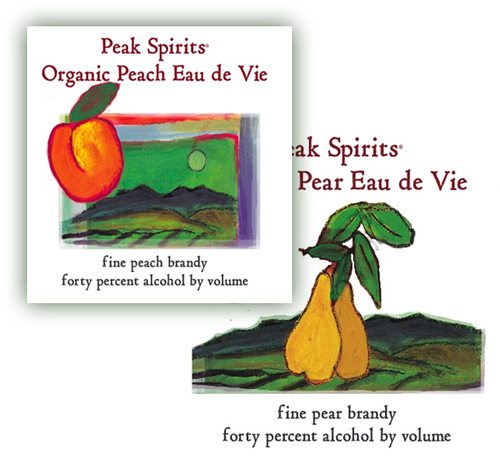 The economics of production provide an equally stark contrast. [Vodka] can be made from almost any source … for a cost of less than fifty cents a bottle. A quality eau de vie consumes about 30 pounds of first-rate fruit, picked at the moment of peak ripeness.

I have quoted extensively from Patterson’s excellent article, and still it contains much other compelling information, such as the fact that both of the leading producers of American eau de vie happen to be lawyers. TTB does not seem to recognize eau de vie as a distinct category; the above examples are classified as brandy and have the term “brandy” on the label alongside “eau de vie.”