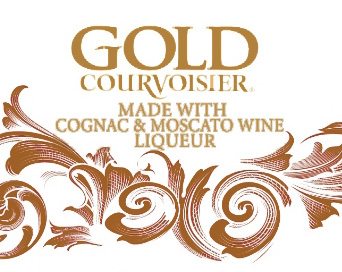 Moscato is so very popular it can no longer stay contained within the wine context. Here it is — in a liqueur. The product is Courvoisier Gold – Cognac & Moscato. It is classified as a liqueur, made in France, and imported by Jim Beam.
This seems like an important approval because it was not so very long ago that TTB/ATF frowned upon varietal terms — when used on spirits labels — and even when the spirit was made almost entirely from the named grape. For example, it was very common in the 1990s for ATF to say that varietal terms should not be shown, or should not be prominent, on grappa labels, because varietal characteristics are subtle and are not likely to survive past distillation.
It looks like it took Beam many months to get this approval. The application went in on March 5, 2012 and did not get approved until more than three months later. It must be a pretty special grape if it’s the subject of not only a bunch of rap songs, but also a few memes:  problem, freshman, classy, cat.