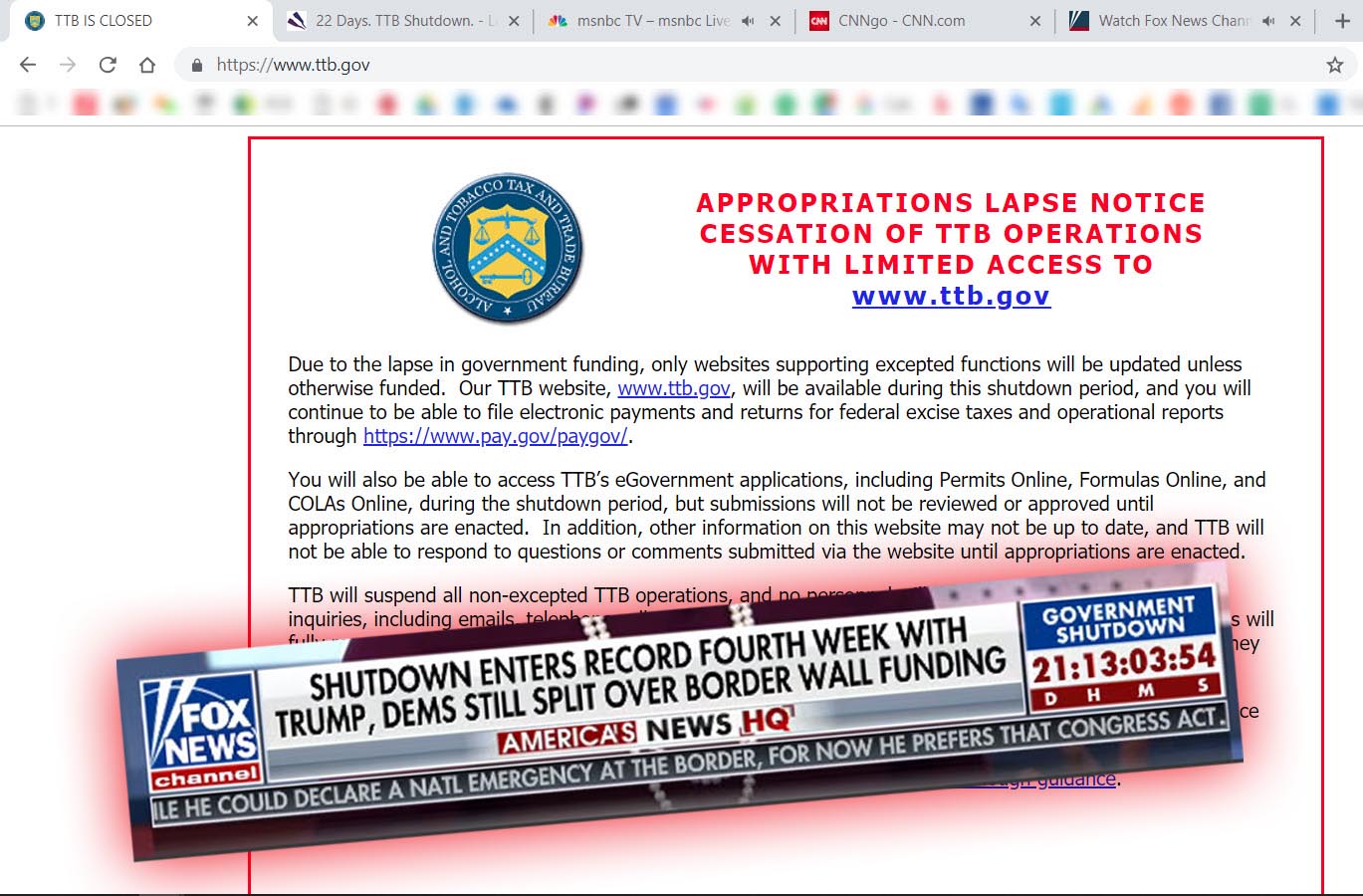 Imports and the CBMA
by Robert C. Lehrman on November 5, 2018 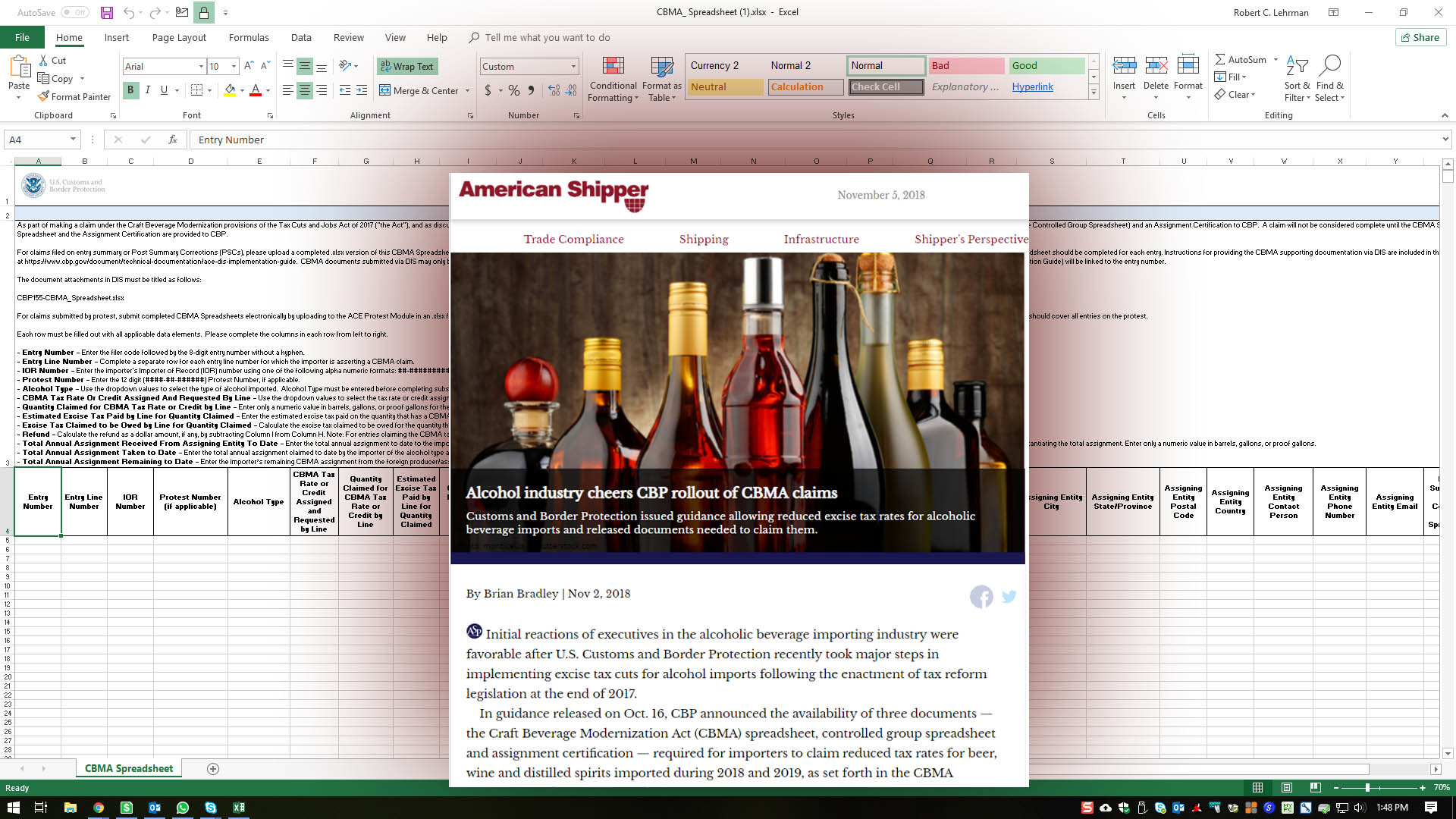 In guidance released on Oct. 16, CBP announced the availability of three documents — the Craft Beverage Modernization Act (CBMA) spreadsheet, controlled group spreadsheet and assignment certification — required for importers to claim reduced tax rates for beer, wine and distilled spirits imported during 2018 and 2019, as set forth in the CBMA provisions...

Yet More Trumpy Libations
by Robert C. Lehrman on October 29, 2018

Politics is everywhere lately, and TTB labels are no exception. When I was out in Kentucky last week, somebody showed me the Impeach label. This prompted me to look around for other noteworthy Trump-related labels — pro and con. I was surprised to find not very many MAGA-related labels. I was also surprised to find the rather acerbic label at the right above.

I have a feeling the drafters of the FAA Act never imagined that, several generations later, federal employees would be rendering a thumbs up or down, on labels that ring out with such partisan fervor.

Toward the bottom of this post is about the strongest Pro-Trump label we’ve seen recently.  And there are lots of Deplorables labels. For more labels of this type, see this post about Trumpy Libations. 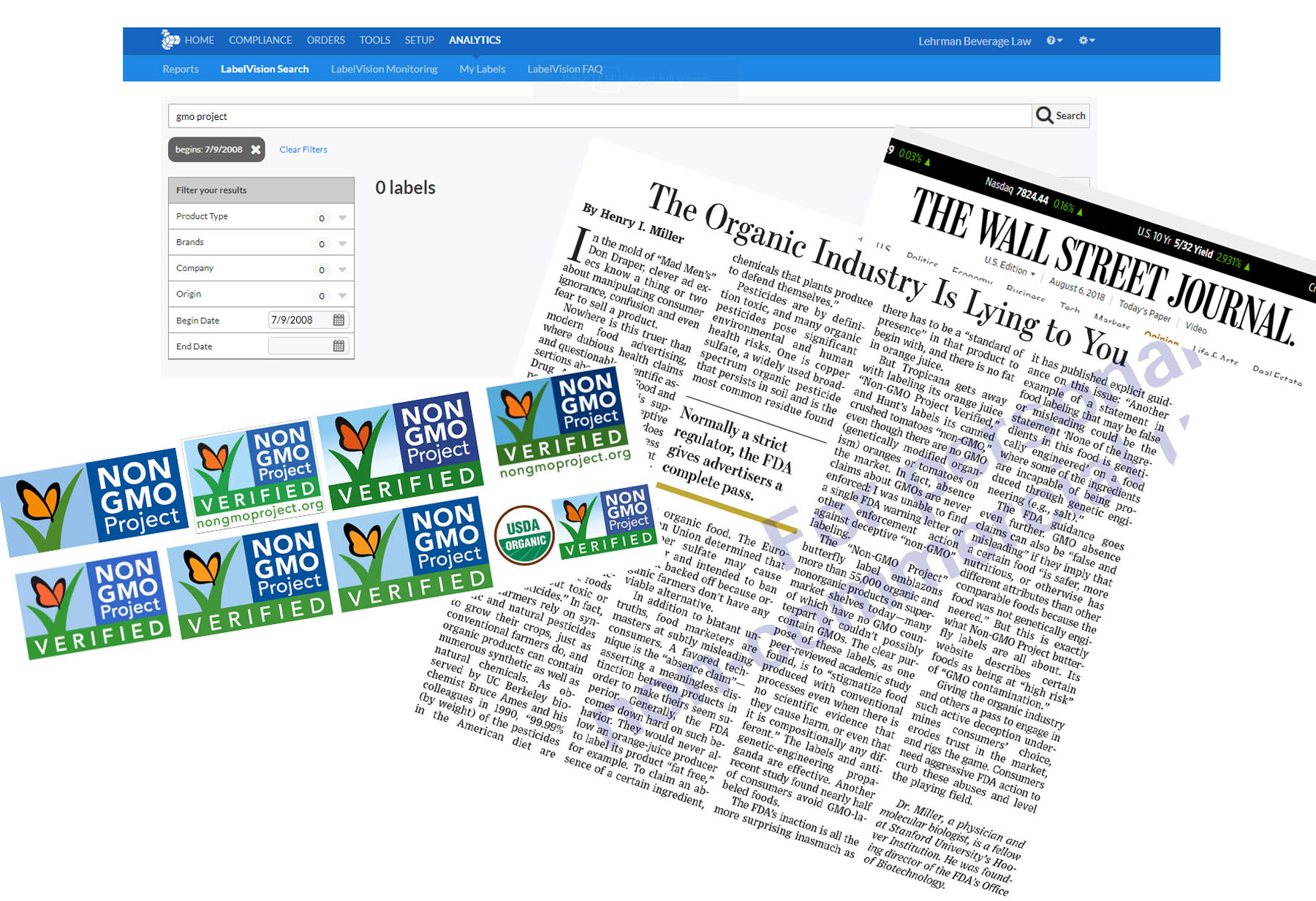 In 10 years and 579 posts we’ve covered so many things approved by TTB. Today, and in the near future, we will mix it up and try to cover “basic” things not approved by TTB.

First up, the Non-GMO butterfly seal, as above. LabelVision shows precisely zero label approvals, with this seal. This is the sort of thing LabelVision would pick up right away, because it’s great and essential software. I am thinking about this, this morning, due to a provocative article in today’s Wall Street Journal. As to the butterfly seal flying all around just about any food store you may enter:

The “Non-GMO Project” butterfly label emblazons more than 55,000 organic and nonorganic products on supermarket shelves today—many of which have no GMO counterpart or couldn’t possibly contain GMOs. The clear purpose of these labels, as one peer-reviewed academic study found, is to “stigmatize food produced with conventional processes even when there is no scientific evidence that they cause harm, or even that it is compositionally any different.” The labels and anti-genetic-engineering propaganda are effective. Another recent study found nearly half of consumers avoid GMO-labeled foods.

The article weirdly calls for a lot more and stricter regulation, coming from the free market side of the debate. The article is by Dr....