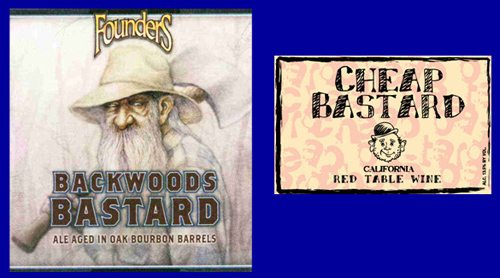 This is an aggressive ale. You probably won’t like it. It is quite doubtful that you have the taste or sophistication to be able to appreciate an ale of this quality and depth. We would suggest that you stick to safer and more familiar territory — maybe something with a multi-million dollar ad campaign aimed at convincing you it’s made in a little brewery, or one that implies that their tasteless fizzy yellow beer will give you more sex appeal.

Off in the lower left corner, the back label also has a small Proposition 65 warning, not often seen on TTB-approved labels. It says:

Some materials used in the colored decorations on this container contain cadmium a chemical known to the State of California to cause birth defects or other reproductive harm.

The Arrogant Bastard, it turns out, is concerned about your well-being after all.