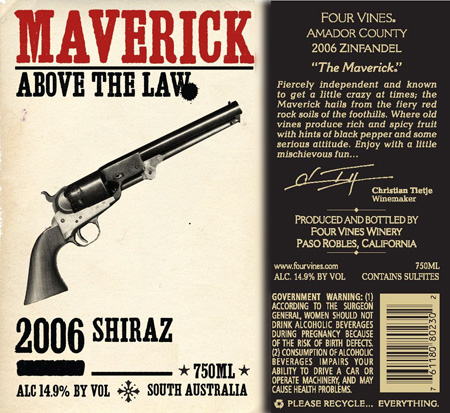 The McCain campaign is not alone in reaching out for this tried and true brand, the Maverick. A fair number of winemakers have proclaimed their independence with the same descriptor. Maverick – Above the Law is a South Australia Shiraz. Four Vines is an Amador County Zinfandel, and is not just independent but “fiercely independent.”