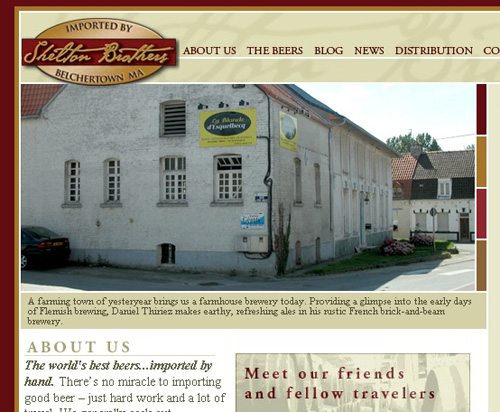 It is likely that all beer, wine and spirits labels will change dramatically in the near future. TTB has been working on new rules since CSPI and other groups submitted a petition in 2003. The new rules would require a “Serving Facts” panel on every container. This panel would include a lot more information, such as the typical serving size, number of servings per container, calories, carbohydrates, protein and fat. Because this is a big, controversial change, TTB has received more than 18,000 public comments during the past few years. There are far too many comments for most people to review, and so we will highlight and summarize the most noteworthy comments here. The most recent proposal and comments are here. This is comment 11 in a series; to see others, click on the “serving facts” tag below.
Shelton Brothers is a specialty beer importer with a focus on small batch, hand-crafted beers from around the world. Shelton’s 13-page comment strayed a bit from time to time and said: