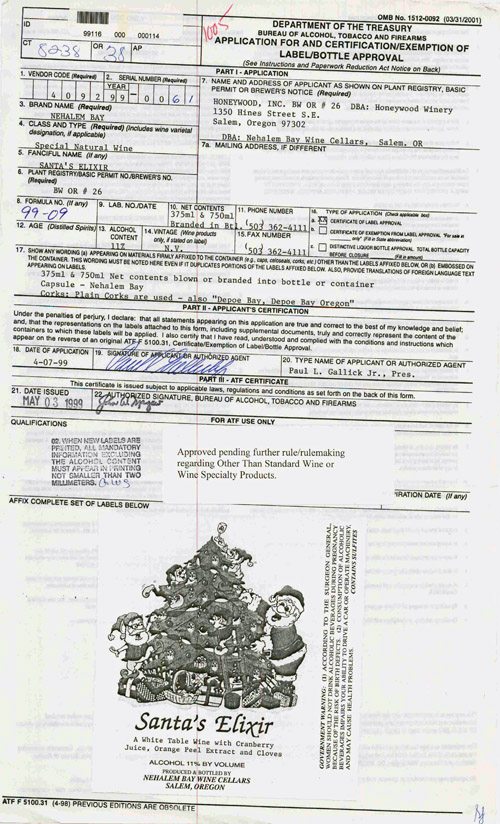 Most people assume TTB would be okay with the second word but not the first. Actually, it’s the other way around. The federal government is okay with Santa, but is not fond of his elixir. TTB asserts, from time to time as the issue arises, that the term “elixir” ought not to be allowed, because it would tend to suggest that the alcohol beverage has medicinal properties. That’s a big no no. Good old Webster does not really disagree, and defines the term as:  “a substance held capable of prolonging life indefinitely.” Hence there are very few “elixir” approvals after about 1999. We don’t normally show the whole paper COLA in the space above. But the paper COLAs are getting fewer and fewer, as the bulk of labels are submitted via COLAs Online. The above is starting to look like a fondly remembered antique. This 1999 approval, for Santa’s Elixir wine specialty, is one of the oldest readily available in TTB’s Public COLA Registry, because it starts showing images in about 1999. Adding to this approval’s old school quaintness, I believe I see indications of a typewriter, a Xerox machine, and perhaps there is some Wite-Out lurking in the shadows. I am writing this about a week before Christmas, but now that we’ve... 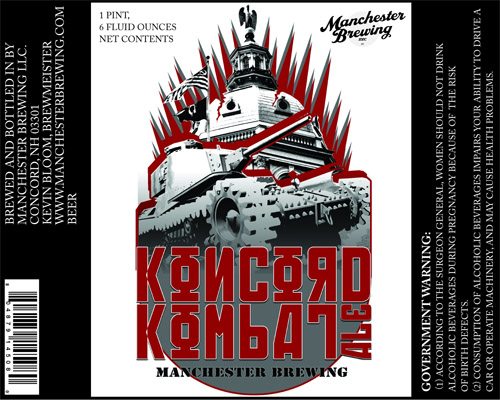 You can probably find some examples of American flags on TTB labels. But TTB usually does not allow it, and for that reason you won’t find one on this label. Manchester Brewing explains:

The feds forced us to remove part of the American flag, and replace the stars with a hammer and sickle. It’s the law, doesn’t have to make any sense. Originally, the Kombat ale was a Special Bitter, but it’s moved a bit beyond that.

A better view of the modified flag is here. Is it any wonder that TTB rejected a bunch of Manchester’s labels? Manchester goes on to explain:

Smacked Down by The Man! The TTB rejected all of our labels! One had a flag over the capitol; it was an American flag but that’s not allowed — so we put a Hammer and Sickle where the stars go, and that’s ok. Also, we used OMFG! on another label, and the government decided that was obscene, even though we protested that it meant Oh My Fairy Godmother and told them we were sticking to that story. So now it says “Censored” over the OMFG, and people tell me they find that funnier.

Tensley Wine is not happy with the way things are going in Washington. They claim it took more than a year to get approval on the wine label above. It is no wonder, and it is some credit that our government would approve it at all. Then again, it’s not entirely clear that the label is “approved.” Box 18c shows that it is an exemption from label approval, rather than a box 18a label approval. Either way, I am pretty sure President Obama (among others in Washington) has a thick skin and can deal with it. It is clear that Tensley is annoyed, but it’s less clear what Tensley is annoyed about. There is some griping about the local bureaucracy, and a lot of griping that federal taxes are too high for some people and too low for others. The front label notes that the wine has 1% more alcohol than table wine, but is taxed at a rate 235% higher. 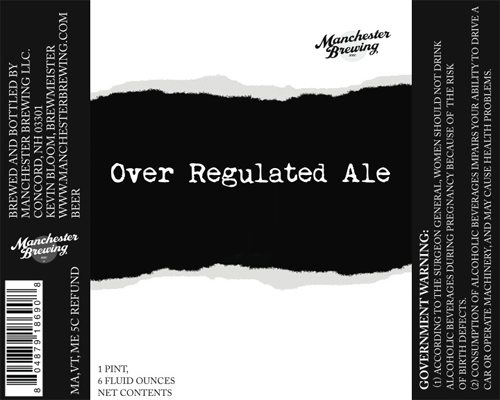 I saw this label a few days ago and it screamed out to say there was drama lurking under the surface. Indeed there was. Kevin Bloom, brewer at Manchester Brewing, explained: 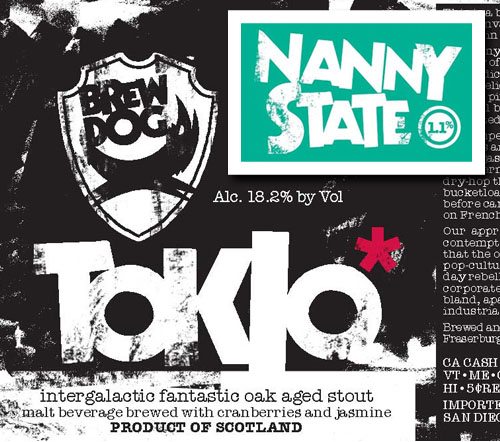 At BrewDog we appreciate your inability to know your limits – especially when it comes to alcohol – which is why we’ve created Nanny State. This idiosyncratic little beer is a gentle smack in the right direction. Please note: BrewDog recommends that you only drink this beer whilst wearing the necessary personal protective equipment and in a premises that has passed a full health and safety risk assessment for optimum enjoyment.

The name, absurdly low alcohol content and label combine to create a witty riff on alcohol beverage policy. And it may well be a great public relations move for a small brewer — taking a well-publicized swipe at critics with a marketable... 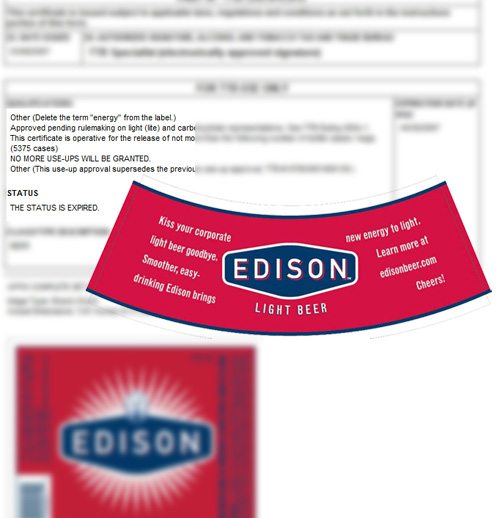 You can Google “energy vodka” or “energy beer” and find millions of links in each case. But you won’t find much by way of references to “energy” on TTB-regulated labels. TTB seems to be dead-set against allowing this term, almost without regard to the context. Edison Light Beer illustrates this. The product does not even contain caffeine or other stimulants. The label does, however, make a passing reference to “energy,” saying:  “Edison brings new energy to light.” Or at least it did. TTB banished the term in this March 2007 temporary approval. By the time of this March 2008 replacement approval, Edison’s energy was dissipated without a trace.