Tags: container, dairy, risqué, sexual, speaks for itself, would you approve it?, would you drink it?

It only takes a few minutes to upload your label to COLAs Online, if it only has about one panel, such as this beer label. On the other hand, if you have a bag-in-box container, it’s a lot more work. TTB wants every panel of the box uploaded separately. Gallo’s Peter Vella wine is a good example of how TTB wants it. Each of six panels is uploaded so that the entire label approval runs six feet or more when printed.

It is common for bag-in-box containers to show the equivalent measure in bottles, ounces or glasses. This can trip up the unwary, as in this recent rejection. TTB generally requires not just the size of the box but also the size of each unit to which the box is compared (for example, “5L is equivalent to 6.5 750 ml. bottles”). The Vella label shows how TTB wants it.

Alcohol Infused Whipped Cream
by Robert C. Lehrman on May 18, 2010 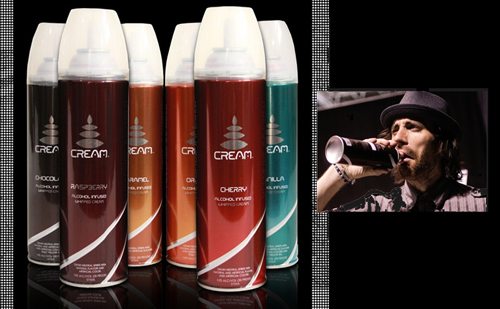 Whipahol must be doing well, because now along comes another “Alcohol Infused Whipped Cream.” It apparently is packed in an aerosol can. The back label says “CREAM is completely shelf stable and DOES NOT need to be refrigerated even after use.” The qualifications suggest that TTB wanted to check out this claim. This is canned by Temperance Distilling Company in Temperance, Michigan. For other advances in things whipped, there is Pinnacle Whipped – Whipped Cream Flavored Vodka. November 30, 2010 Update:  here is a good CNBC clip on Whipahol, from yesterday. It is hard to believe that this light and frothy product can be portrayed as something sinister, and whipped up into the next “controversy in a can.” December 8, 2010 Update:  the whipped booze products get so very much attention (including our extensive on-air interview with CBS radio) that TTB issues a statement, to explain how such products are regulated. 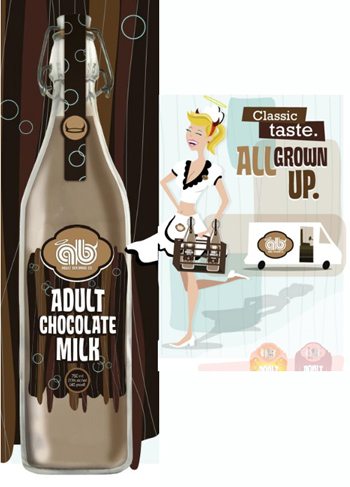 Here is Adult Chocolate Milk. It is liqueur, made by Temperance Distilling Company in Temperance, Michigan.

Tags: container, dairy, speaks for itself 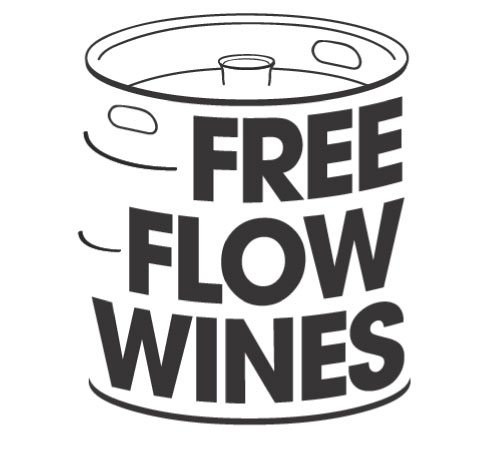 It’s a good thing TTB never got far with the proposal to ban non-traditional containers. Otherwise, we wouldn’t have beer in boxes, spirits in a skull, nor the wine in steel kegs above. From the looks of this approval, Jordan Kivelstadt plans to pack high-end wines in 20 liter refillable kegs. His website says:

Apart from Free Flow and JK Cellars, Jordan is the winemaker at Pavo Wines. The Pavo site explains that in a few short years since graduating with an engineering degree, Jordan has worked at wineries in Sonoma, Australia and Argentina. 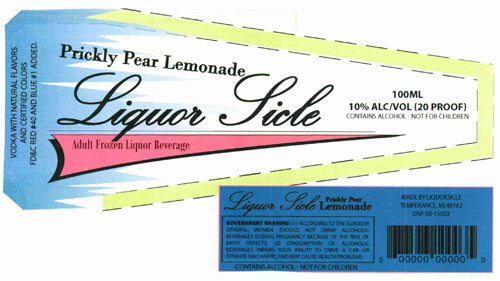 This Liquor Sicle label features a prominent reference to “Liquor.” This has become rare. Where did the term come from, and where did it go? The Online Etymology Dictionary defines “liquor” this way:

It is semi-ironic that this term is being applied to one of the few TTB products that is not intended to be consumed in a “liquid state.” From way back in 1892, here is a court struggling with the term, and trying to find the distinction between beer and liquor. In a further irony, the term is probably used more commonly, these days, on malt beverages (such as Colt 45) compared to distilled spirits. “Malt liquor” goes back to at least 1937, and Alvin Gluek secured a patent on it in 1948.